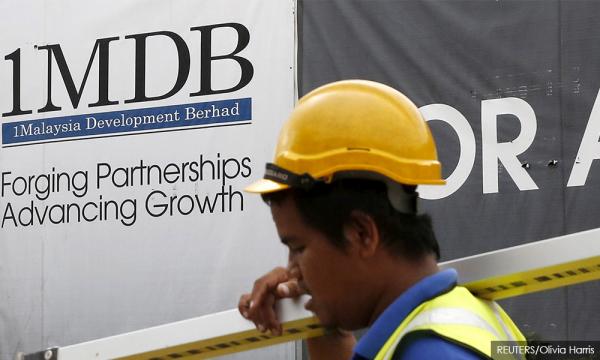 MP SPEAKS | It was a marvel yesterday to see the MPs of Muafakat Nasional and BN, in the presence of Bossku, the former prime minister, responding as a united bloc, during the end of the second reading debate of the 2020 Budget in Parliament, to claim that the 1MDB scandal had not been proven, and therefore could not be taken as having happened.

The Tanjong Piai voters have a national duty on the by-election voting day on 16th November to prove both the Muafakat Nasional and BN wrong as the 1MDB scandal is not fake news, but the most shameful chapter in Malaysian history which not only brought infamy, ignominy and iniquity to the nation as a global kleptocracy, but denied funds which could have been spent for the benefit of the people.

It is most shocking that Muafakat Nasional and BN leaders could still claim that the 1MDB scandal is still unproven, although the country had to tighten its financial belt so as to pay some RM9 billion towards the 1MDB debt over the last two years, while the 1MDB debt now stands at some RM50 billion.

The united stance of the Muafakat Nasional and BN MPs yesterday continuing to deny that the 1MDB scandal is proven, is all the more shocking as it flies in the face of the truth, both nationally and internationally.

Only last week, one of the masterminds of the 1MDB scandal, Malaysian "billionaire" and fugitive financier from justice, Jho Low (above) reached a settlement deal with the United States Department of Justice (DOJ) and agreed to surrender US$1 billion in funds he and his family had misappropriated from 1MDB.

Low has created world history, but it is something that no Malaysian can feel proud of.

Low is not only the first Malaysian, but the only person in the world, who could surrender US$1 billion in funds, although he claims that his action “does not constitute an admission of guilt, liability or any form of wrongdoing” in the 1MDB scandal, and both the Malaysian and US governments have made it very clear that Low is not “off the hook” on criminal charges.

It is most pertinent that the DOJ estimated that Low and his associates had siphoned over US$4.5 billion belonging to 1MDB from 2009 to 2015.

Yet there are Muafakat Nasional and BN political leaders (including from MCA) who could claim that the 1MDB scandal is just fake news and unproven.

In actual fact, no Malaysian political leader or politician can claim ignorance of such a massive scale of 1MDB corruption, abuse of power and money-laundering as the full details of the DOJ’s largest kleptocratic forfeiture suit over the 1MDB assets were revealed in its litigation proceedings in July 2016 and June 2017.

If there had been no change of government in Malaysia in the 14th general election on May 9, 2018, there would be no recovery and punitive actions for the massive corruption, abuse of power and money-laundering of billions of dollars of 1MDB funds.

Malaysia has to date recovered a total of RM925.1 million in 1MDB-related funds, which does not include the estimated revenue from the sale for the Equanimity superyacht of US$126 million (RM529.2 million).

If the 1MDB scandal was fake news and is a figment of the imagination of Pakatan Harapan leaders, then where do all these billions of ringgit of 1MDB-related funds, recovered or to be recovered, come from?

Let MPs and political leaders of both Muafakat Nasional and BN answer this question.

In fact, the 1MDB scandal should be a test-case whether a political leader is prepared to put national interests above party and personal interests.