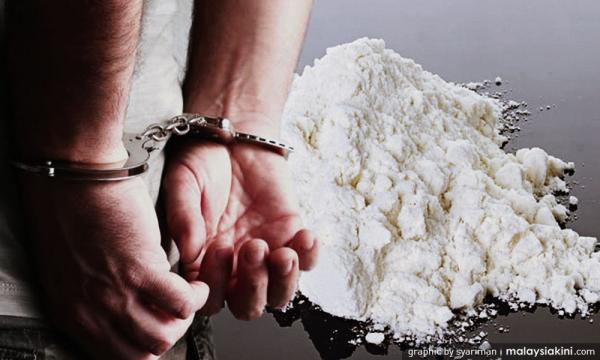 The Malaysian Drug Policy Reform Alliance has come out strongly in support of the announcement by Youth and Sports Minister Syed Saddiq Syed Abdul Raham that a special task force has been formed to decriminalise drug use.

Welcoming the move, the think tank said the idea of decriminalisation is very much in line with the 2016 United Nations Special Session on the World Drug Problem which recognised drug dependence as a complex, multifactorial health disorder characterised by a chronic and relapsing nature with social causes and consequences that can be prevented and treated.

"Just last week a select committee of the United Kingdom (UK) parliament also proposed a radical change in the UK drug policy where decriminalisation has been recommended following an inquiry into the matter.

"This definition and understanding is based on scientific evidence that drug use is a complex issue which requires a comprehensive and health-focused approach which would not only benefit those who are using drugs but reduce harm to and the costs for their wider communities," said the group in a statement credited to Universiti Sains Malaysia Centre for Drug Research director Dr B Vicknasingam and Universiti Malaya Faculty of Medicine Dean Dr Adeeba Kamarulzaman

The MDPRA serves as a think tank of independent, multi-sector, interdisciplinary influencers, professionals and community members researching and advocating for evidence-based drug policy in Malaysia.

The experts said that Malaysia has been dealing with its drug problem for many decades via a criminal justice approach without much success.

"More than 60 percent of the prison population is made up of people who use drugs.

"Local studies have shown that the relapse rate to drug use following release from prison and compulsory rehabilitation centres is very high.

"Local studies conducted by our research teams have also shown that the cost of incarcerating drug users is far higher than providing treatment in the community," they said.

MDPRA added that incarcerating drug users increases the risk of spread of infectious diseases like HIV, hepatitis and tuberculosis.

In announcing the task force yesterday, Syed Saddiq quoted a 2018 statistic showing that 18,967 youths were drug addicts compared with 6,300 adults, stating that was why his ministry was roped into the task force.

"The ministry's and my stand during the cabinet and the special task force meeting is for us to separate the treatment of drug addicts and distributors where addiction is not a crime, and they should not be jailed," Syed Saddiq said.

The formation of the task force follows on from the statement on June 27 by Health Minister Dzulkefly Ahmad that the government plans to work towards removing criminal penalties for the personal possession and use of drugs.

MDPRA said it is timely that the government shifts its response to drug use from a punitive to a health-based approach.

"A comprehensive and thorough plan based on local data and experience, the best available evidence and global best practices with input from a multi-sectoral committee comprising not only of all relevant agencies but also civil societies, academics, researchers and medical and legal practitioners are key to ensure success," it said.