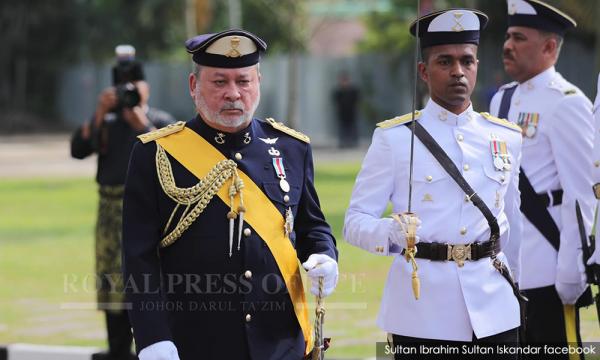 If you hunt, you will be hunted - Johor Sultan's warning to poachers

Expressing his concern, Sultan Ibrahim said the state was rich in flora and fauna which must always be conserved and looked after as best as possible.

"My warning to local hunters, foreign nationals and also Orang Asli... if they hunt tigers or other animals, then they will also be hunted.

"I want the Wildlife and National Parks Department to escalate operations and patrols to eradicate illegal hunting activities in jungles in Johor," he said to the Royal Press Office (RPO) at Istana Pasir Pelangi, Johor Bahru today.

His statement was uploaded by the RPO through his official Facebook handle, Sultan Ibrahim Sultan Iskandar.