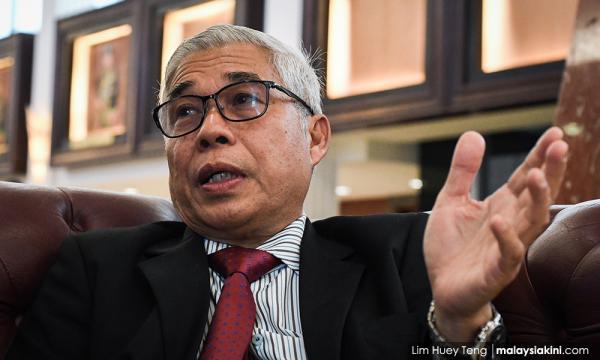 Hassan Karim calls for immediate release of all detained under Sosma

Pasir Gudang MP Hassan Abdul Karim has called on the IGP to immediately release all those detained under the Security Offences (Special Measures) Act (Sosma), whether they are related to Liberation Tigers of Tamil Eelam (LTTE), Islamic State terrorism or other charges.

"The reason is that Sosma is a vicious law enacted by the BN government that was rejected by the people in GE14," said Hassan in a statement today.

He slammed Sosma for its provision that allows a person to be detained for a 28-day police investigation without the police having to seek an order from the magistrate's court as is customary under Section 117 of the Criminal Procedure Code when an investigation cannot be completed within 24 hours.

"This is contrary to Article 5 of the Federal Constitution (which covers freedom from torture or cruel, inhuman or degrading treatment or punishment)," said Hassan.

"If a person is finally arraigned in court under Sosma after the 28-day police investigation period, the accused is denied the right to bail. Again it contradicts Article 5 of the Federal Constitution."

He added his belief that the court procedure under Sosma comes into conflict with the accepted principles of judicial justice in the matter of witnesses and evidence.

"Therefore, I humbly request that all Sosma detainees be released or be accused and tried under a more equitable Penal Code," he said.

Sosma was most recently used to detain 12 individuals, including two elected representatives from DAP, over alleged links to the defunct terrorist organisation LTTE.