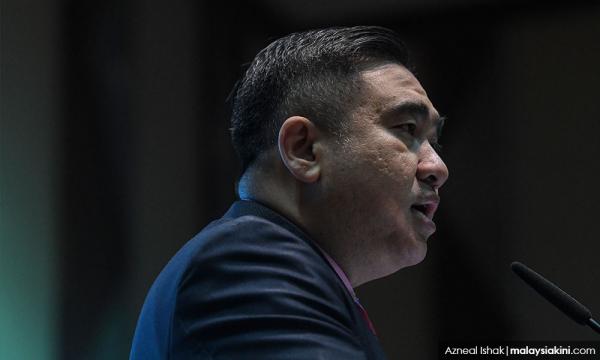 He said the route of the ECRL has not been finalised and the ministry will discuss with the state governments where to place the cargo stations.

“We will work with the state governments and look at where they plan to build the industrial areas [...] for instance, in Negeri Sembilan, the station near Nilai will have to be upgraded into a cargo station.

“When we have completed the route, we will use it as a tool to develop the economy along the ECRL [...] we will ensure every state has a station which can be used as a cargo station,” he said during the oral question-and-answer session in Dewan Rakyat today.

Loke was replying to a supplementary question from Salim Sharif (BN-Jempol) who asked about the ECRL stations which have been selected for cargo service.

Replying to a question from Teh Kok Lim (PH-Taiping) who wanted to know the ministry’s plans to encourage cargo transportation via trains to reduce transport costs, Loke said several initiatives have been and will be implemented for this.

At the same time, he said, the government was continuing with the Gemas-Johor Bahru Electric Double Track Rail Project to complete the Peninsular West Coast sector with modern rail infrastructure, as well as safe, swift and efficient passenger and cargo train services.

Loke added that as of August, the rate of cargo service was 28 train runs a day, with 0.5 million tonnes of cargo, comprising container commodities, land bridge, cement and sugar.