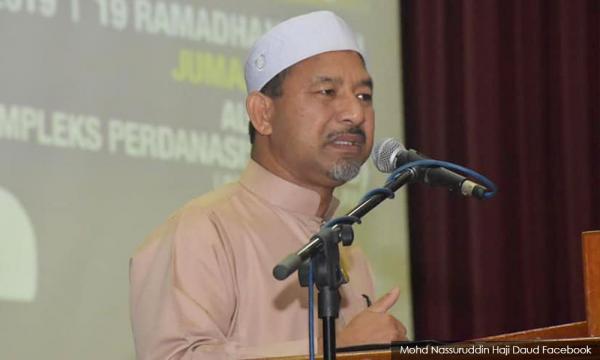 The Kelantan government is concerned with issues affecting the Orang Asli community in the state, including alcoholism among youths.

State Islamic Development, Dakwah, Information and Regional Relations Committee chairman Mohd Nassuruddin Daud (above) said the issue of alcoholism was not new as the problem had existed since a long time ago and had become a culture in the Orang Asli community.

“The Kelantan government is very aware and understands that the Orang Asli are assets and an entity in the state, whereby efforts are being made, through the State Islamic Religious Affairs Department, to educate them on the dangers of alcoholic drinks,” he told the State Assembly today.

He said religious programmes and activities were also carried out for the Orang Asli in Gua Musang.

"We have also sent Orang Asli youths to tahfiz Qiblah schools in Selangor and Institut Dakwah Islamiah Perkim,” he added.

He was responding to a question by Syahbuddin Hashim (BN-Galas) who wanted to know whether the government was aware of problems of alcoholism among Orang Asli youths in Gua Musang.