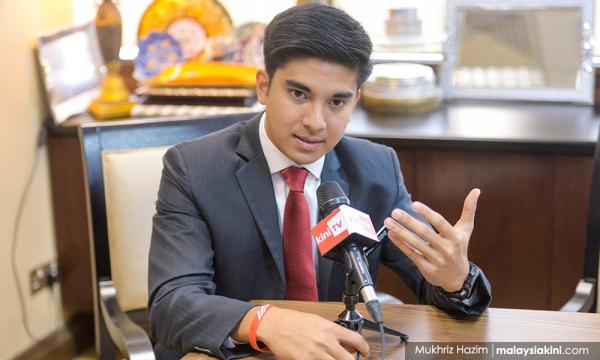 He said countries like Thailand, Vietnam and Indonesia had made two-wheel transportation networks a platform to spur the digital economy in their countries.

"If we look at Thailand, they had the best e-commerce delivery system (in the region) before the Grab bike service and Gojek joined [...] before the two (Grab and Gojek) came on board, they were handling about 10,000 packages a day, but the number increased four-fold thereafter.

"This means small-time entrepreneurs can enjoy the benefits because the e-commerce economy grows rapidly. If we go to Bangkok, Indonesia or Vietnam, the people can order food at stalls to be delivered to their homes. We want this ecosystem because it can help the smaller players,” he told Bernama today.

Earlier, the minister had appeared as a guest on Bernama TV to discuss the subject 'Why the need for Gojek' together with Bernama chairman Azman Ujang, Bernama editor-in-chief Mokhtar Hussain and senior editors, at Wisma Bernama.

Syed Saddiq, who has been pushing for the Gojek service in Malaysia, said the two-wheel transportation service should be seen in a wider scope with diversified offerings like food and parcel deliveries and expanded to the digital economy overall.

"It is our responsibility to ensure the job ecosystem can be improved and at the same time it does not only involve two-wheel transportation, but we also need to look at it from food delivery, e-commerce delivery and many others.

"In terms of food delivery, in Malaysia now it is more towards established restaurants because of the lack of a good ecosystem where even a small stall in front of our house can participate in this informal economy via the digital economy,” he added.

The Gojek service which is very big in Indonesia is not available in Malaysia yet. Currently, the big players in Malaysia in the food delivery segment are Grab, Food Panda and Dah Makan.