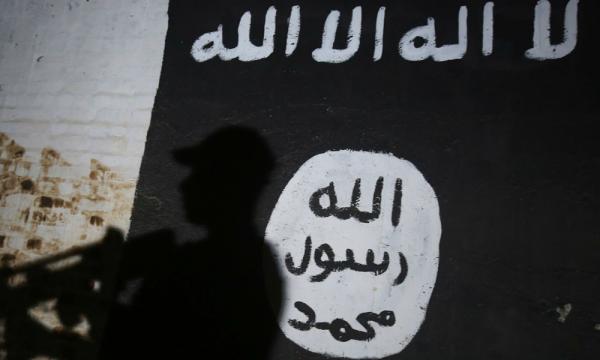 Yoursay: Welcoming back ex-IS fighters flies in the face of logic

YOURSAY | ‘Terrorists who leave the country should stay where they are.’

Home terrorists more dangerous than those who fought in Syria – police

Anonymous_1544340881: Terrorists who go abroad are better than those who stay?

Taking this super-intelligent assessment, the solution from Bukit Aman Special Branch's Counter-Terrorism Division chief Ayob Khan Mydin Pitchay is to bring them back. That is just brilliant!

How did he get this job? God help us if this is the person who is supposed to keep us safe.

Terrorists who leave the country should stay where they are. Terrorists who stayed behind should be despatched as the law permits.

When the Islamic State (IS) was winning the war and beheading their victims, did those terrorists call home pleading to be allowed to come back?

When IS was raping and enslaving Yazidis and Christians, did these apostles of their peaceful religion ask the police or call Ayob Khan that they felt sorry and wanted to come back?

When they helped IS commit genocide, did they admit their mistakes?

No. Now defeated, suddenly they remember family and country.

Before you take them back, which you seem intent to do, please be honest and stop the lies and charade and tell us what will you be charging them for? Travelling without passport? Failing to declare income tax? Or some other petty light crime?

Can you charge them for murder or serious crimes? Will you fly in Yazidi witnesses to testify?

So, please do not feed us with generalities and falsehoods.

Before they even come back, publish their names and keep a register like we do sex offenders. Surely, everyone deserves to know and have a say over who they live next to, school with, or employ.

Frankly, I think most people would feel safer with a molester next door than mass murderers and their active supporters.

TYT: That's an illogical statement by Ayob Khan – both sets of terrorists are dangerous!

Malaysian police have lost so much credibility over the years, and this is made worse by the disappearances of activists in the past and the selective incrimination of parties and individuals based on partisanship.

YTMQ: Those who had travelled to Syria tend to be much more dangerous because they had been further radicalised in such war-torn areas, and they had mixed with ruthless killers who think that beheading is something good.

Also, their motivation to uphold their ideology is far stronger since they were willing to abandon everything in Malaysia to fight for their cause in another country.

They are only returning because they have been soundly defeated, which means that their anger tends to be even more deeply rooted.

It's wrong to make a comparison with home-bound terrorists. The police need someone more competent to handle this job instead of publicity-seeking Ayob Khan.

To date, the police can't find pastor Raymond Koh. They can’t find Indira Gandhi's daughter or that convert husband. They can't find the woman in the shootout in Batu Arang.

And now, you want to keep tabs on more terrorists, whom the police are welcoming back?

Former IGP clueless about difference between news and satire

6th Generation Immigrant: Former inspector-general of police Musa Hassan is indeed silly, because after he was told he was silly, he instead defended the indefensible.

But what is even sillier is Musa making the entire nation look silly. He held a high position; he is still holding a high position and last but not least, he is supposed to impart knowledge to the younger generation.

However, Musa is only the tip of the Malaysian iceberg, as there are hundreds of Musa replicas in Malaysia's leadership who-is-who list.

Now we know why the country is in such a sad state. Money is being wasted everywhere.

Bruclax: Well, it does not augur well for our dignified friends who were thumping their chest to ensure top positions are to be appointed among the Malays. Isn't this the story of our beloved country?

Who can forget the UN speech by former deputy prime minister Ahmad Zahid Hamidi, and not to mention other former ‘greats’ who are now in court for corruption.

PM: No citizenship for foreigners just for buying RM600k property

Ravinder: The government is setting a bad precedent by allowing foreigners to buy properties as low as RM600,000.

Since the "overhang" is the developers' own doing, they should be left alone to deal with it. Why must the government bail them out?

Guess selected fugitives from other countries may be given PR.

Anonymous_6939cb47: Mahathir is trying to divert the issue here. People are questioning why the government is helping the greedy developers to sell their overhang units.

The government is indirectly encouraging the developers to serve foreigners and themselves instead of the locals.

Pelanduk: How to grant citizenship right away? A fool knows it. Most likely, permanent residency is granted upon purchasing any of those overhang units, and is will be more than a bargain.

Under the previous government, selling condominiums to foreigners was construed as selling the country. Now, selling overbuilt condos is regarded as “saving the country from making losses”.

The Analyser: Mahathir said, “When a housing project is not sold, it causes the country to suffer losses.”

But who suffers the losses?

Guafikir: Why not sell at the properties at a discount to locals? Why sell to foreigners?

It's the developers' fault for not building properties at an affordable price. Selling to foreigners is irresponsible.