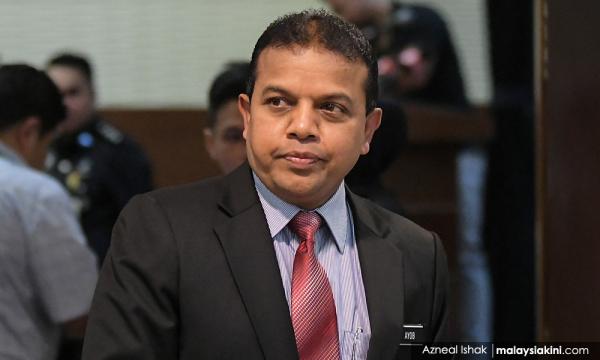 The police are making efforts to bring home 40 Malaysians in Syria seeking to return home after being detained for suspected involvement in terrorist activities there.

“A total of 40 from 65 Malaysians detained in Syria had contacted us and told us they want to come home.

“We expect the number of those who want to return to rise from time to time.

“We have obtained information that the camps in Syria are in a critical situation, especially due to food shortage,” he said.

He told reporters this after sitting as a panellist at the Forum Perdana organised by the Malaysian Muslim Welfare Fund Foundation (YDKMM) in conjunction with Warriors Day at the Sultan Idris Shah II mosque in Ipoh last night.

Ayob Khan said police could only be involved in the early stages of efforts to bring the Malaysians home but the final say would lie with the government and the communication process with foreign agencies.

“The men are now being held at Al-Hasakah prison while the women and children are placed at the United Nations High Commissioner for Refugees (UNHCR) camp,” he said.

Ayob Khan said the Malaysian men brought home will be charged in court while for the women, it will depend on the level of influence they were under.

The children, meanwhile, will undergo rehabilitation programmes, he said.

He said there were still many more Malaysians being arrested for having intentions to sneak into Syria while latest development showed that South Philippines was fast turning into the newest region to conduct terror activities on the basis that it was geographically nearer and easier to enter and exit.

“Many of them interact through social media,” he said.

Earlier, Ayob Khan pointed out that not following the true teachings of Islam was among the reasons why some Muslims were involved in terrorism, with many of the suspects influenced by deviant ideology and sects.