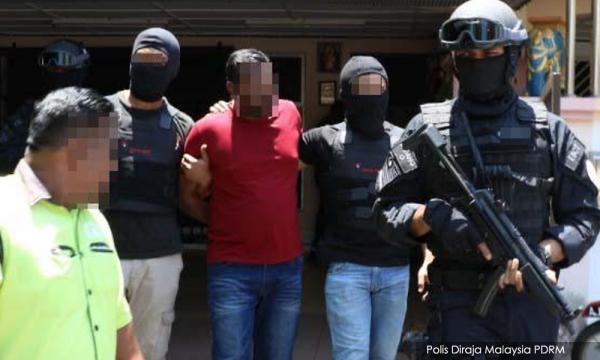 Indian leaders from within Pakatan Harapan have come out to criticise the arrest of seven people, including two DAP assemblypersons, for alleged links to the Liberation Tigers of Tamil Eelam, a rebel group in Sri Lanka designated as a terrorist organisation by Malaysia.

In a joint-statement comprising 16 Indian leaders from the DAP and PKR, they said the arrests were "beyond comprehension" and called for their releases.

They added that the usage of the Securities Offences (Special Measures) Act 2012 (Sosma), which allows for detention without trial, cannot be justified under the Harapan government.

Their full joint-statement is as follows:

The arrest and detention of two DAP state assemblypersons and five others for alleged links with the LTTE by the police are beyond comprehension.

The LTTE as a Tamil liberation force was decimated in Sri Lanka during the final stage of civil war in 2009.

Most of its leaders have been killed or imprisoned. More than 10 years have elapsed since the civil war.

During the height of the civil war in Sri Lanka, Tamils in Malaysia and elsewhere had a natural sympathy for the Tamil cause in Sri Lanka.

The Tamil cause was bigger than the armed struggle waged by the LTTE.

Just like the Muslims in Malaysia who were sympathetic to the cause of Palestinians, Rohingyas and others, Tamils had natural ethnic and emotional ties with their kind in Sri Lanka.

During the civil war in Sri Lanka, hundreds and thousands of innocent Tamils were killed and injured. Countless Tamil women were raped and sexually assaulted.

It was natural that some sections of the Tamil society have sympathy and concern for what happened to Tamils in Sri Lanka.

It was not unusual for Tamil NGOs to hold functions to show respect to those who perished in the civil war. During these ceremonies, songs are sung and prayers are conducted.

It is beyond comprehension why the two state assemblypersons and five others were detained under Sosma.

Sosma was supposed to have been removed by the Pakatan Harapan government but its abuse continues.

It is highly irresponsible to detain and charge them when there exist no links with the LTTE. The talk of the revival of the LTTE does not make any sense in the Malaysian context.

We urge the government to immediately release those arrested without any condition.

The signatories of the joint statement are as follow: