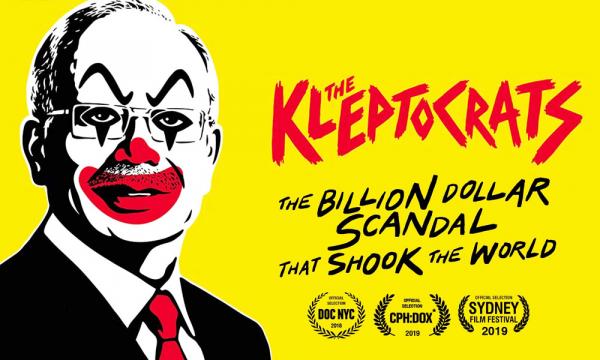 'The Kleptocrats' - another week of shame for Malaysia

MP SPEAKS | It has been another week of shame for Malaysia as in the past week Malaysia has been advertised internationally as the country which is home to “the biggest fraud of the century” because of the 1MDB scandal with the emphasis on “true crime” and “current affairs” to promote the documentary The Kleptocrats.

Such an advertisement on the “The Multi-Billion $candal That Shook Hollywood And the World" appears in the international media whether in the South China Morning Post in Hong Kong, the Straits Times in Singapore or the Sydney Morning Herald in Australia and many others.

In Malaysia, the criminal trial of the former prime minister Najib Abdul Razak on 25 charges of abuse of power and money laundering of RM2.28 billion from 1MDB funds, facing up to 20 years in jail if convicted, entered its 16th day in the High Court of Kuala Lumpur yesterday while another High Court judge has fixed Nov 11 to announce the verdict whether Najib’s defence on seven charges of abuse of power, corruption and money-laundering involving RM42 million of funds from SRC International after 58 days of prosecution and 57 witnesses needs to be called.

It is not exactly a time when Malaysians can hold their heads high in the world although there is a silver lining in the dark clouds – Malaysia is probably the only country in the world which has toppled a kleptocratic regime by peaceful and democratic means on May 9, 2018, and put the former prime minister and some of his kleptocratic cronies on trial.

Malaysians must not be cutting off their noses to spite their faces.

They must redeem themselves from the infamy, ignominy and iniquity of hosting “kleptocracy at its worst” and the “biggest fraud of the century” which would put the American stockbroker-fraudster Jordan Belfont - the character in The Wolf of Wall Street - to shame by demonstrating to the world that they have a pronounced sense of shame and the ability to distinguish right and wrong, moral and immoral.

However, with the advent of the alliance of klepto-theocracy, the country may be heading for another era of ignominy and infamy especially with the unfettered upsurge of fake news and hate speech to incite interracial and interreligious tension and polarisation in plural Malaysia.

These are the political forces which preach the politics of hate, exclusion and extremism, which are not bothered whether a leader is a kleptocrat or a pedlar of fake news and hate speech to tear a multiracial, multilingual, multireligious and multicultural society asunder, and which are only interested first and foremost in the game of numbers to get back or to accede to power in Putrajaya.

These people had suffered a series of disappointments - that the Harapan government had not cracked up and disintegrated in the first few months in office, that it had not disintegrated after one year in office and they are working to deliver the final and fatal blow to the Harapan government in the 15th general election by escalating fake news and hate speech to create an incandescent political situation in the country.

But suddenly, these forces of klepto-theocracy see new hope and opportunities from a new permutation and combination of political numbers that will bring them to Putrajaya.

Harapan must not fall into these traps.

Waging war against kleptocracy will not itself make Malaysia an economic tiger and Harapan leaders must heed the disappointment and of the voters who brought about the historic and miraculous transition of power on May 9, 2018 through peaceful and democratic means but who mistakenly thought that the abuses of power and injustices of six decades could be resolved in 100 days or in one year.

The Harapan government must give hope to Malaysians that it is committed to a Malaysian "middle road" for Malaysia and will not yield to the demands of extremism from any quarter, that it is committed to the "New Malaysia" agenda to be a top world-class nation of unity, justice, freedom, excellence and integrity, and that it would keep to its pledge announced at the Pakatan Harapan Convention on Jan 7, 2018.