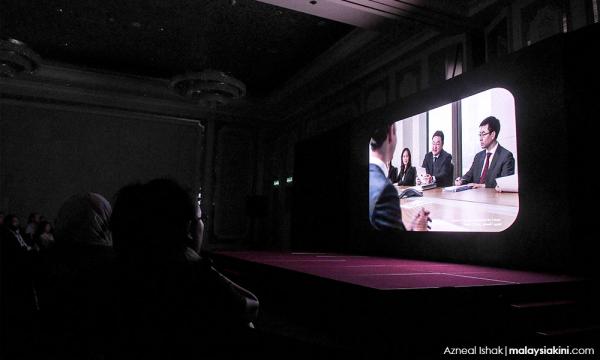 Do we want to be the 'Venezuela' of Southeast Asia?

MP SPEAKS | Two films every Malaysian should see are M for Malaysia and The Kleptocrats -Billion Dollar Whale to learn or to be reminded of the existential threat Malaysia faced during the 14th general election.

If there had been no historic change of government on May 9, 2018, Malaysia would have continued in the trajectory pursued close to a decade to become a failed, rogue and kleptocratic state.

In this condition, no power on earth could have saved future generations of Malaysians, regardless of race or religion, from the status of serfs in having to repay the tens and hundreds of billions of debt conceived by the “maestros” of unimaginable scams and money-laundering schemes to exploit the loopholes of the international banking and financial system.

If there had been no change of government, the re-elected prime minister would have made Malaysia the "Venezuela" of Southeast Asia and the "Sick Man of Asia".

Venezuela is in the thick of a terrible political, socio-economic and humanitarian crisis. Once one of the 20 richest countries in the world and the richest in Latin America with free education and free medical services for her citizens, it is now a poor, backward, broken and bankrupt state, with over 10 percent of Venezuelans (3.4 million) having left the country in despair.

The humanitarian crisis in Venezuela (photo) has affected the life of the average Venezuelan at all levels. By 2017, hunger had escalated to the point where almost 75 percent of the population had lost an average of over 8kg in weight, and more than half did not have enough income to meet their basic food needs.

The ”Sick Man of Asia” was previously referred to China. But in the past 40 years of economic reform, the World Bank estimates that China has lifted 850 million people out of poverty while its per capita GDP grew by nearly 24 times from 1978 to 2017.

If there had been no change of government, we would be steaming ahead to become the "Sick Man of Asia" by 2030 or 2040, and there would be even more imaginative and creative 2MDB, 3MDB or 4MDB scandals to shock the global political landscape.

The film The Kleptocrats, which I saw on the iwonder programme, offers various vignettes of the heroes and heroines, both in Malaysia and worldwide, who had played important roles in the expose of what the US attorney-general has described as “kleptocracy at its worst”.

The film opens up with a Red Granite party at the Cannes Film Festival 2011, where Jho Low, the fugitive from international justice, made his appearance, and the party was so lavish and grand where “a million dollars burnt right here” that it raised the question: “Who are these guys who shot up out of nowhere really?”

The investigation by New York Times reporter Louis Strong, beginning in February 2013, on the “illicit money coming into the United States through high-end real estate through shell companies where the owners could be hidden”, led her to Riza Aziz (photo), and the film Wolf in Wall Street, Red Granite and investigations into Jho Low and then Malaysian prime minister Najib Abdul Razak and the 1MDB scandal.

She also did a stakeout at the Mandarin Oriental Hotel at Time Warner Centre in New York in September 2014 when both Najib and Jho Low were in the city.

The November 2012 US$100 million birthday party of Jho Low, described as the “most expensive party Las Vegas has even seen”, would finally be paid by Malaysian taxpayers.

Then there were the poignant statements by Nazir Najib, brother of Najib Razak, who got hold of his other brothers to meet Najib to tell him that they were very concerned about the 1MDB.

They asked him why it was not subject to the same oversight as the rest of government companies and how it somewhat came into conflict with the values of their father, second prime minister, Tun Razak – public service, integrity, frugality.

Najib promised he would look into the matter and would fix any shortcomings in the 1MDB but he did not.

Najib’s insistence on “good governance” was his only response on the day the Wall Street Journal published the shocking report that RM2.6 billion had been deposited into his personal accounts in May 2013.

The sudden clampdown on 1MDB investigations and the "week of long knives" in July 2015 where Muhyiddin Yassin was sacked as deputy prime minister, Shafie Apdal as minister for Regional and Rural Development, and Gani Patail as attorney-general was followed by a “reign of terror” in the AG office, the police, the MACC and Bank Negara.

There is deep and widespread disappointment that after more than 500 days, there are no visible signs of a New Malaysia.

It is important that Malaysians must be able to understand that while the Pakatan Harapan government has to deal with an unexpectedly huge legacy of liabilities and debts, the government is still on track to build a New Malaysia.

The last thing Malaysians want is to see the country becoming a Venezuela during the time of their children and grandchildren in 2030 or 2040. Or an even worse fate.