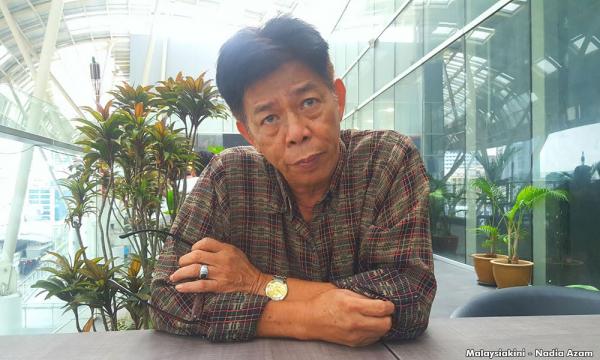 Veteran actor AR Badul is unhappy with the decision by the Malaysian Armed Forces' investigation board that classified the death of his son Mohd Zahir Armaya as a training accident.

He said he wants the government to conduct an inquest into the shooting incidents which led to the death of his son.

Zahir died during an army demonstration exercise held in conjunction with the launch of the Fifth Malaysian Infantry Division and the 13th Brigade at the Lok Kawi Camp in Sabah on Sept 4.

“My family and I are disappointed by the decision made by the Malaysian Armed Forces and want a clear explanation of the cause of death.

"I would like an inquest to be held, just like the one that is being held for firefighter Muhammad Adib Mohd Kassim," Badul (above) told reporters at a tahlil ceremony in Section 28, Shah Alam, tonight.

Badul, or his full name, Armaya Aman Ramlie, 70, said he did not want to make any accusations or find fault with anyone but only wanted his family and the public to find out what really happened.

"I want to know the chronology of his death. How can a bullet miss its target? Was he in the wrong position? This is what I want answers to," said Badul.

Earlier today, the Malaysian Armed Forces issued a statement saying that its Investigation Board found the incident to be an isolated case and had classified it as a training accident.

"Board members also found that the equipment used during the training was in good condition.

"The Malaysian Armed Forces will take appropriate disciplinary action against the individuals involved, while standard operating procedures are updated as needed," the statement said.