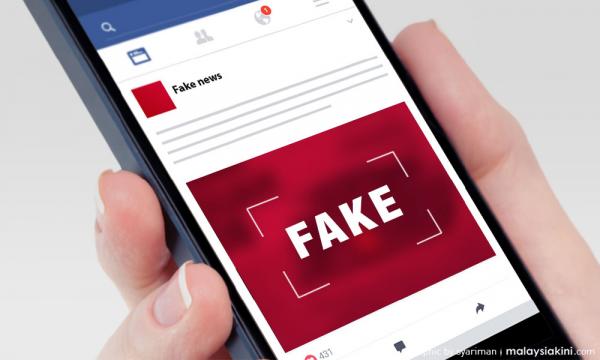 MCMC record shows no let-up in circulation of fake news

This month alone, as of Sept 23, Sebenarnya.my has posted 11 articles to counter fake news that went viral on the Internet.

One of the Malaysian Communications and Multimedia Commission-managed portal's most recent clarifications concerned a certain "news" item that listed the names of 13 restaurants that were allegedly owned by non-Muslims but made use of Malay workers and a false halal certificate to mislead Muslim customers.

MCMC launched Sebenarnya.my - an information verification portal - on March 14, 2017, as part of its efforts to combat the propagation of false news via online and social media platforms.

From January this year till now, the portal has published 135 articles to either explain or set right certain facts with regard to "news" disseminated on the Internet, particularly through social media.

The numbers imply that there has been no let-up in the circulation of fake reports, with the authorities always having to remind Internet users of the danger that awaited them if they kept "feasting" on unverified news.

Many people out there are still unaware that the propagation of false news can have a negative impact on the nation as it can lead to public unrest, incite hatred and, worse still, cause chaos.

Universiti Teknologi Mara's Institute of NEO Education (iNED) director Azizul Halim Yahya said the spreading of malicious content through social media and the Internet is a problem faced by not only Malaysia but by the rest of the world as well.

Although certain materials are shared online in a humorous vein, the audience, however, is sometimes unable to differentiate between fiction and reality, he said.

Azizul, who is former dean of UiTM's Faculty of Communications and Media Studies, said today's sophisticated technology has made it easy for photographs and videos to be edited and logos, letterheads and stamps to be replicated so much so that it is difficult to dispute their authenticity.

This, he pointed out, can have implications on the nation's political, economic and social well-being.

"When people believe in something that is not true, they are incapable of giving it careful thought. It is worse when politicians, who are also lawmakers, fall for fake news as they may end up making erroneous judgments, the ill-effects of which will be visible long after that.

"Policies that are made without careful consideration will also keep investors away from our country," Azizul said.

Meanwhile, the rise of citizen journalism among netizens, that is the dissemination and analysis of news and information by the general public, will also contribute to the proliferation and spread of fake news.

Should any netizen take on the role of a journalist without having the slightest inkling about the ethics of reporting, it can compromise the integrity of the reports circulated by them.

The matter can escalate if it triggers disputes and strife among the people of this country, who have always lived in peace and harmony.

In their race and haste to be the first to post a certain news item, citizen journalists and portals are only too willing to set aside the credibility and integrity of the information that they are circulating.

Universiti Putra Malaysia Faculty of Modern Languages and Communications senior lecturer Syed Agil Sheikh Alsagoff said news of a speculative, insulting or accusing nature that goes viral can have a huge impact on the nation.

"All they want to do is to disseminate the information fast to attract attention, without thinking of the people who may be affected as a consequence of the news going viral. Sometimes the news may be true but just to grab the attention of readers, only half of the story is presented," Syed Agil told Bernama.

Although Malaysia has laws to curb the dissemination of fake news, the most effective way to contain this issue is by educating the public, he said.

"By stressing on self-regulation, we can educate the people to check the authenticity of the information disseminated to them and whether it is from a reputable source," Syed Agil added.