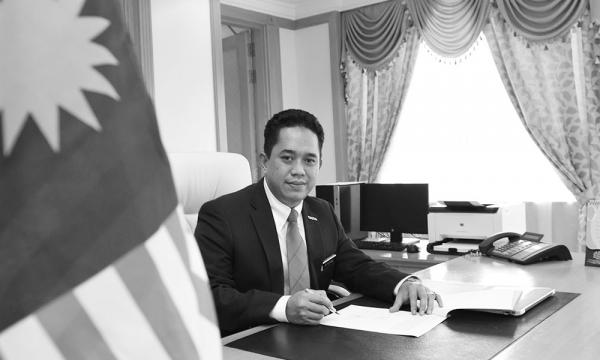 The Election Commission will have a special meeting on Oct 1 to discuss the date of the parliamentary by-election for Tanjung Piai in Johor.

Its secretary, Mohamed Elias Abu Bakar, said in a statement today that the EC has been officially notified by Dewan Rakyat speaker Mohamad Ariff Md Yusof on the vacant seat.

Elias said the special meeting will be chaired by EC chairperson Azhar Azizan Harun, and it will set the dates for the writ of election, nomination day and polling day as well as decide on the electoral rolls to be used and other preparations.

The EC will have to hold the by-election within 60 days of the seat having fallen vacant, he said.

Md Farid, who was from Bersatu and was a deputy minister in the Prime Minister’s Department, died of a heart attack at the Pontian Hospital. He was 42.

He won the Tanjung Piai seat in the 14th general election last year with a majority of 524 votes, beating Wee Jeck Seng of (BN-MCA) and Nordin Othman of PAS.

"He (Farid) has only just been laid to rest so we don't want to talk about this too soon.

"But whatever it is, as a BN component party, we will discuss the matter with our president and we will surely also consult PAS," he told a press conference at the Umno headquarters in Kuala Lumpur today.

At the grassroots level, both MCA and Umno have expressed interest in contesting the parliamentary seat.