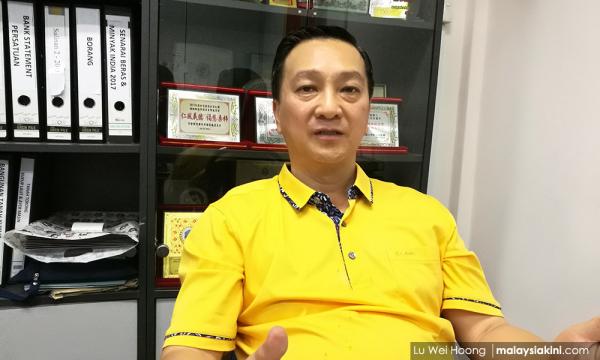 Political parties are jostling for the Tanjung Piai parliamentary seat a day after its incumbent MP Dr Md Farid Md Rafik was laid to rest after suffering a heart attack.

Md Farid's defeated opponent in the last general election, MCA's Wee Jeck Seng (above), said he is ready to give the constituency another shot in the impending by-election but Umno is also lobbying for the seat.

"As (MCA) division chief, I have the responsibility to defend the seat and I will definitely make myself ready," he was quoted as saying by The Malaysian Insight.

However, Wee's counterpart in Umno appears to disagree.

Tanjung Piai Umno chief Jefridin Atan claimed BN lost the seat in the last general election because MCA refused to give up its traditional constituency to Umno.

“This is why the BN/MCA candidate lost in the 14th general election.

The party members here demanded they be given the seat but the leadership ignored their calls. As a result, they voted for the opposition," he was quoted as saying by the portal.

Meanwhile, Johor Bersatu chief Mazlan Bujang said he believes the party will defend the seat on behalf of Pakatan Harapan.

“There has been a previous consensus between all component parties within Harapan that the Tanjung Piai parliamentary seat belongs to Bersatu," he was quoted as saying by the Malay Mail.

The Tanjung Piai seat has traditionally seen a contest between MCA and DAP.

However, the DAP gave up the seat to Bersatu in the last general election, which saw Md Farid pulling off a surprise win in the constituency.

The seat has always been won by the MCA since it was created in 2004 and among its incumbent included former MCA president Ong Ka Ting.