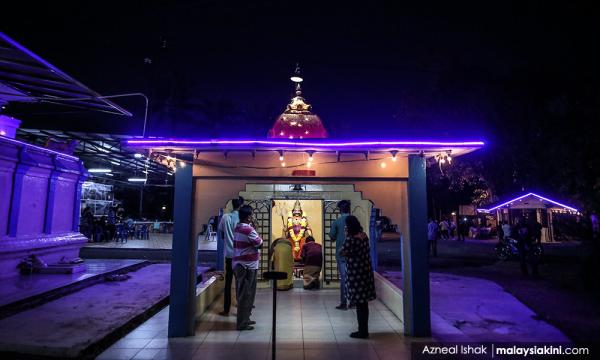 The Kuala Terengganu Sessions Court has consented to an application by prosecutors to transfer the trial of a man, facing eight terrorism charges, to the Kuala Lumpur High Court.

The ruling was made by Sessions Court judge Nooriah Osman.

Mahadi Mamat, 33, was charged under various subsections of Section 130 of the Penal Code which relates to terrorism.

He was accused of procuring a Czech-made CZ 75 pistol, 15 bullets and six pipe bombs with the intention of committing terrorist activities.

He was also accused of planning to assassinate four high-profile Malaysian citizens in an instant messaging group titled "Sejati Sejiwa".

According to the facts of the case, Mahadi was arrested on suspicion of planning an attack on the Sri Mahamariamman Seafield temple in Subang Jaya.

The temple was the centre of a land dispute which later resulted in several nights of rioting. One fire and rescue personnel Muhammad Adib Mohd Kassim died after suffering injuries at the scene.

According to Bukit Aman's anti-terrorism division director Ayob Khan Mydin Pitchay, Mahadi was accused of leading a terrorist cell which has been dismantled.

The accused was detained and questioned for 28 days under Section 4(1) Security Offences (Special Measures) Act 2012.

Mahadi will remain in custody at the Sungai Buloh prison until his case is up for mention at the Kuala Lumpur High Court.

"The police are always on the look-out for wayward individuals who can threaten public order.

"We urge the public to report extremist elements to the police to help us maintain peace and harmony," Ayob Khan told Malaysiakini.