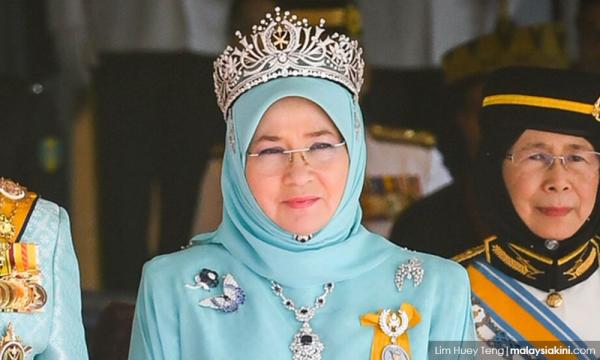 Raja Permaisuri Agong Tunku Azizah Aminah Maimunah Iskandariah said she is upset at the police crackdown on her critics and wants it to stop.

This comes after police arrested several individuals for making critical comments against her on Twitter.

"As I said, I deactivated (my Twitter account), not because I was upset by comments made (against me) but for personal reasons.

"But today, I'm truly upset that police have detained those people. Throughout the years, my husband and I have never made any police report on bad things said about us.

"It's a free country," she said in a Twitter posting.

The critical comments caught police attention after it was speculated that Tunku Azizah deactivated her Twitter account due to them.

However, Tunku Azizah maintained that this is not the case and decided to reactivate her account following the police crackdown.

"I was sad and angry and immediately activated my Twitter. I had no intention for them to be arrested.

"I have personally told the palace to inform the police not to take action. I repeat again (sic), I deactivated not because of them," she said.

"Chill people... Like my daughter always tell me, chill mama, whenever I'm upset," she said.

The Queen deactivated her account again not long after making these tweets.