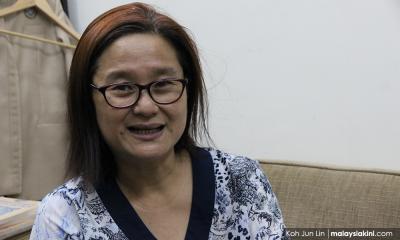 Penang Chief Minister Chow Kon Yeow's remark that the state government will only engage fisherfolks and stakeholders affected by land reclamation has not gone down well with NGOs.

Penang Forum spokesperson Khoo Salma Nasution said it seemed that the government no longer welcomed the views of NGOs now that it had spawned a few "quangos (quasi-autonomous NGOs) and pangos (party NGOs)" of its own.

"If they have nothing to hide, then the government should not be afraid to include those NGOs who are working with fishermen's groups in any of their discussions," Khoo told Malaysiakini.

"When the current government was in opposition they did not fear working alongside and receiving the support of NGOs, think tanks and CSOs as check and balance," Khoo recalled.

Khoo was referring to Chow's remarks, which had targetted a group of 40 local NGOs called Ummah Penang who organised a rally against the Penang South Reclamation (PSR) and Penang Transport Master Plan (PTMP) projects last Sunday.

Khoo went on to say that she feared the government has underestimated the potential impact of the PSR, which involves the creation of three artificial islands off Bayan Lepas.

"Chow’s statement shows his narrow view that whatever happens on the south of the island will not have any effect or impact on the rest of the island," she stressed.

Khoo said Penang Island is small, and whatever happens to one part of the island will have repercussions elsewhere.

This is even truer of the effect of pollution in coastal waters, she added.

"Yet, the politicans can say that half or most fishermen agree with the reclamation."

Khoo said that based on the 18-point advisory issued by the National Physical Planning Council to the Penang government for the PSR project, it appears that the government had told the council that only “805 fishermen’s families totalling 3,140 people” would be affected.

"However, we heard many other fishermen say that they also fish around Pulau Kendi.

"Even the fish farmers in Sungai Udang (on the mainland) are fearful that the sediment plumes from reclamation might reach them and bring disaster to the RM1 billion marine agriculture industry," Khoo explained.

This is the number of inshore fishermen who have the right to fish in that impact area, Khoo said.

Several protests have since been staged by fisherfolk and NGOs, urging the government to cancel the project.

This is set to be followed by a public forum on Malaysia Day, titled "Reclamation is a Time Bomb" in Bukit Gelugor.

Meanwhile, Ummah Penang expressed disappointment that Chow was unwilling to meet with NGOs over the two megaprojects.

Its chairperson Mohd Akhir Che Mat said these NGOs had gathered to defend the fisherfolk who will be impacted by the two projects.

"We are Penangites who have the democratic right to speak, we are equally affected by these initiatives," Mohd Akhir said in a statement.

"Chow's refusal to meet the NGOs shows he is arrogant and proud, and has killed the state's principle of competency, accountability and transparency (CAT)," he added.

"If such is his attitude, I advise him to just meet with the fishes and prawns which will be heavily impacted by the reclamation," he stressed.