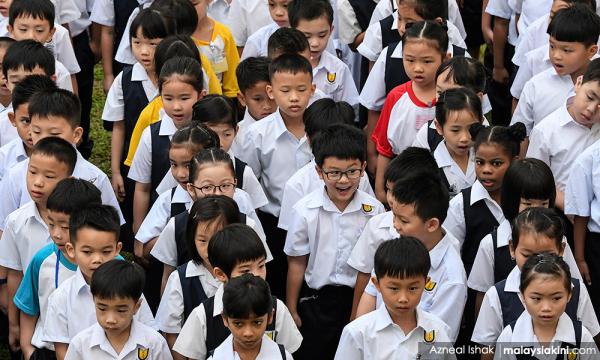 Umno supreme council member Razlan Rafii has voiced his support for the idea of a single-stream national school, saying that Malaysian children should not be segregated.

He echoed the views of Johor regent Tunku Ismail Sultan Ibrahim who mooted the establishment of a single-stream school.

Razlan said this has been long-awaited by the Malaysian people.

"Malaysia has long been divided by the education system, even if according to the spirit of the Constitution, these kinds of national schools should have been extinct," he said.

When contacted later, Razlan told Malaysiakini he was referring to a video recording of Tunku Ismail making the statement, which is being circulated online in the wake of the current debate.

The video in question was taken from a 2016 press conference given by the regent.

Even Tunku Ismail's father, the Sultan of Johor, had in several interviews in 2015 and 2016 called for the establishment of a single-stream education, saying it would help foster national unity.

Razlan (photo) said in his statement: "I propose that the federal government provides autonomy on the issue of education to the state of Johor and provides them with the funds and authority to implement single-stream education. We can see the results and implement the move in stages."

He added that as long as the federal government is afraid of losing popularity, Malaysians will not have the right national spirit.

"Do not let Malaysian children remain separated just because there are some politicians who do not want to see the nation under one roof," he said.

"Opposition from all sides is certain, but the government must have the courage to do so.

"It is time for us to rebuild this country. There's no point in declaring New Malaysia with ethnic problems in Malaysia still growing," Razlan said.

Referring to Prime Minister Dr Mahathir Mohamad's statement that Chinese educationist group Dong Zong had obstructed the success of the Sekolah Wawasan idea, he said the need for a single-stream school was paramount.

"The government must be more courageous to take unification measures to re-establish good race relations, with the best point of reference being through the education system," he said.