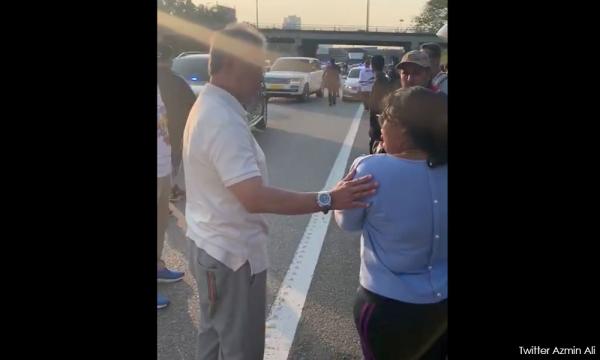 King alights from official car to check on accident victim

This was shared by Economic Affairs Minister Mohamed Azmin Ali on his social media page at 6pm today.

According to the posting, Sultan Abdullah was then on his way home after attending the 'Anak-anak Malaysia Walk 2019' programme at Eco Ardence in Setia Alam.

The victim, a woman, was reported to have suffered minor injuries when her vehicle skidded and overturned on the right lane of the highway.

His Majesty also ordered his police escort to send the victim to hospital for treatment.