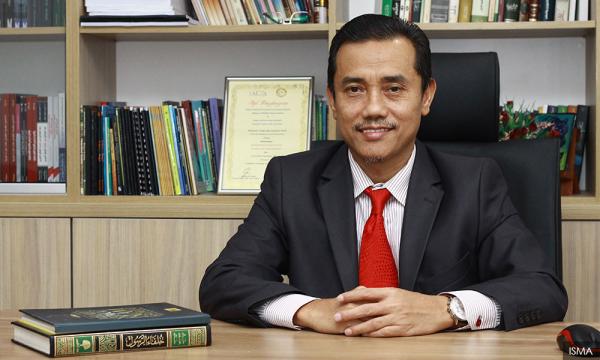 Council of Churches Malaysia (CCM) secretary-general reverend Hermen Shastri is unhappy with a Malay-Muslim coalition for allegations made against local Christian leaders at the Ummah convention on Sunday.

Shastri said his group “detests in the strongest terms” remarks made by Gerakan Pembela Ummah chairman and Ikatan Muslim Malaysia (Isma) president Aminuddin Yahaya (photo, above), who alleged that liberalism and Christianisation posed an existential threat to Islam.

“It is unfounded and meant to fear-monger by rallying the Muslims to name Christians as enemies.

“It only goes to show that Ummah is bankrupt of ideas and therefore, have to resort to such tactics to divide our nation and stoke fears of inter-religious tensions,” he said, according to a report in The Malay Mail.

"The authorities should act decisively to stop such actions that seek to derail good interfaith relations in the country," he said.

Aminuddin, in his speech, had accused Christian evangelists of openly preaching to Muslims.

"They are now pushing to remove the word 'Islam' from MyKad. They have been pushing for this tirelessly for years.

"They are cooperating with Western evangelists to preach in campuses. One of their missions is to install as many Christian leaders in the country as possible," Aminuddin claimed.

He made these statements without providing any proof to back up his claims that the Christian Federation of Malaysia was behind this alleged move.