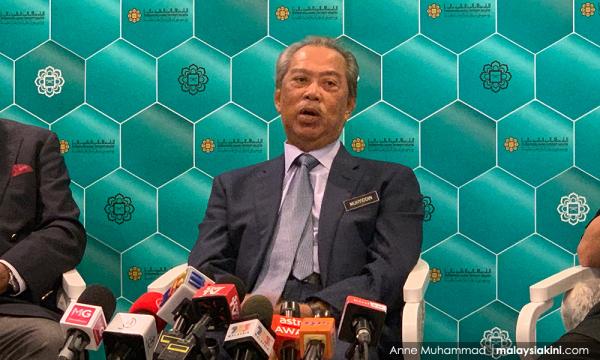 519 arrested for terrorism up to July: Muhyiddin

The police have arrested 519 people up to July 31 suspected to have been involved in terrorism, Home Minister Muhyiddin Yassin said today.

They comprise Malaysians and foreigners, Muhyiddin said, but did not give a breakdown of the numbers.

“These people were found to have been involved in activities that we consider as terrorism in the context of the criminal laws and the effect (of these activities) is that they carry threats.

“They were detained under the enforcement of the existing laws, regardless of whether it is the Prevention of Terrorism Act 2015 (Pota) or Security Offences (Special Measures) Act 2012 (Sosma),” he told a press conference on the sidelines of the Religious Values in Preventing and Countering Violent Extremism (PCVE) seminar in Kuala Lumpur.

Muhyiddin said that police information and records show that some of these people have been convicted, and some are still in custody.

Muhyiddin said the government is in the process of drawing up a national action plan (NAP) for PCVE.

"We will refer to several guidelines set by international bodies to ensure uniformity, and we want to gain from the past experience.

"The government is in discussion and has not made any decision (on the implementation) because it involves various agencies, not just the Home Ministry.

“The resolutions of this PCVE seminar may be of help in preparing the plan," he added.

Muhyiddin said the ministry had not set any date for the implementation of the action plan.

On another matter, Muhyiddin said his ministry has received an application from a family detained in Syria for suspected involvement in terrorist activities to return to Malaysia.

"One family of three (a couple and their child) has applied to return,” he said.

Last May, the police said that 39 of 65 Malaysians detained in Syria on suspicion of having been involved terrorism had contacted the police to express their desire to return home.