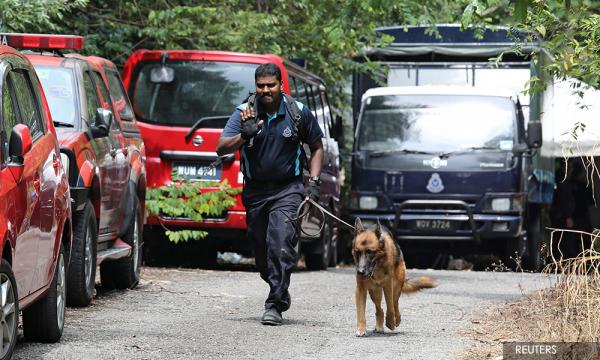 Time for the government to set up dedicated jungle rescue squad

The search for Irish teenager Nora Anne Quoirin came to a sad end with the discovery of her body about 2.5km from the Dusun Resort in Negeri Sembilan.

Although the cause of death has been revealed as a result of a gastro-intestinal problem after a lengthy postmortem, the puzzling question is why did she venture out of the resort place alone?

Was it something that enticed her as the resort is surrounded by the and inhabited by colourful birds, monkeys, civet cats or other wild animals.

Being a teenager coming from a country bereft of wild animals, her curiosity may have been aroused to follow the trail of a creature that might have caught her attention.

She would have been easily lost as the Malaysian jungle is one where we cannot see the trees for the forest or the forest for the trees!

Maybe she was trying to find the way out back to the resort but due to the thick undergrowth, she was lost. Subsequently, due to tiredness and fear, she may have laid down and died due to hunger and fatigue.

Since the girl's body was found only 2.5 km away from the Dusun Resort, one wonders why more than a hundred search and rescue personnel were not able to find her sooner. The search should have been more intensive rather than extensive.

There are now more instances of people getting lost in the jungle during trekking or mountaineering trips. Maybe it is time the government to set up a special squad of jungle guides and trekkers, which include the Orang Asli, for cases like this.

A well planned and quick effort could lead to the missing person being found alive rather than death.