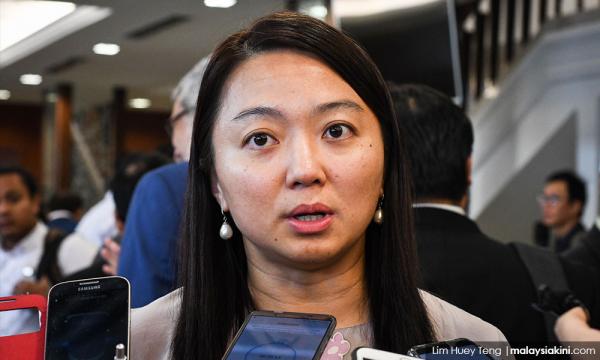 Deputy Women, Family and Community Development Minister Hannah Yeoh (photo, above) has urged the Attorney-General's Chambers to decide on the alleged rape case against her DAP colleague Paul Yong Choo Kiong, who is also a Perak exco.

This comes as the case has dragged on for more than a month as the investigation papers have gone back and forth between the police and the AG Chambers. The first police report for the case was lodged on July 8.

"Rape is an atrocious crime. We have said it before and we will say it again - may justice prevail and we urge (the) AG Chambers to make a decision as soon as possible because of the nature of such an allegation," she said in a statement on Facebook.

Yeoh's statement accompanies a news report that the police had resubmitted the investigation papers last Friday.

Yong's Indonesian domestic helper had alleged that the Tronoh assemblyperson sexually assaulted her.

He has denied wrongdoing and is out on police bail.

Yong has continued to clock into office as the Perak exco in charge of housing, local government, public transport, non-Muslims affairs and new villages but Perak Menteri Besar Ahmad Faizal Azumu said his decision-making role has been limited pending on the completion of police investigations.

The case has also attracted attention from the Indonesian embassy.