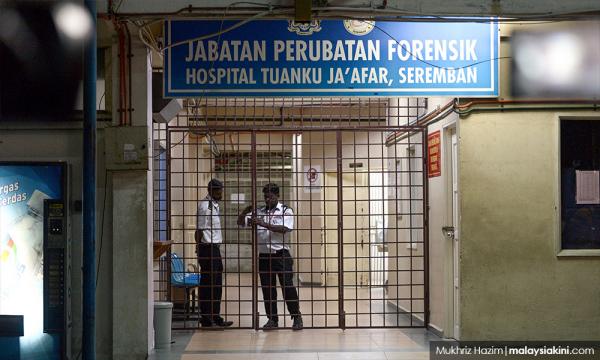 The government is confident in the professionalism of Malaysian pathologists in handling any case, sys Deputy Health Minister Dr Lee Boon Chye.

It is up to the family of Nora Anne Quoirin, 15, if they want a second postmortem conducted on her remains, he said.

“It is their right. We are confident in the professionalism of our pathologists. Our confidence is not shaken,” he told reporters after visiting Sri Maha Mariamman Temple today.

Lee was commenting on a news report that the parents of Quoirin may request for a second postmortem on their daughter’s body.

The body of the 15-year-old special needs girl was found on Tuesday about 2.5km from an eco-resort in Pantai, Seremban after she went missing on Aug 4, a day after she and her family had checked in for a two-week holiday.

According to a Daily Mirror report, her parents, Maebh Jaseprine Quoirin, 45 and Sebastian Marie Philipe, 47, were said to have been discussing the matter to ensure that pathologists did not miss out any evidence which may be related to her death.

The report also mentioned that the parents requested for the postmortem to be conducted in either Britain or France.

The police revealed on Thursday that Nora Anne had died of gastrointestinal bleeding after having gone without food for a long time as well as prolonged stress.