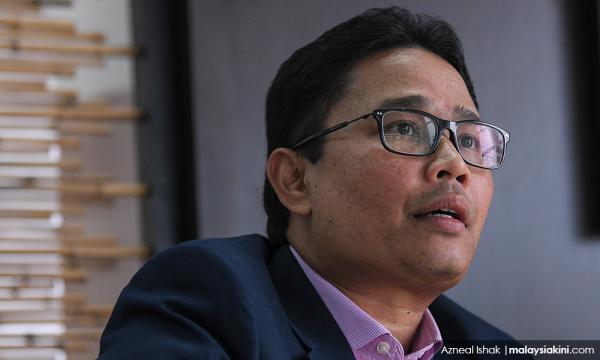 An Umno senator has criticised cabinet minister Gobind Singh Deo and his party DAP over the Communications and Multimedia Commission's (MCMC) new hotline for complaints on inflammatory material on social media.

Senator Khairul Azwan Harun (above) said this was undemocratic and that the authorities should not be given the power to police freedom of speech.

"(The decision) is a sign that (the government deem) Malaysians are too weak to be able to listen to one another's opinions. That we need policing.

"Freedom of speech is not about giving (the) authorities (the) power to (punish). It is about disproving those we disagree with, trusting the people will see right from wrong," said Khairul in a statement today.

Alishasal also urged Malaysians to not retweet, share or author comments to offend other ethnic groups.

Khairul said that "unfortunately" most Malaysians will support MCMC's effort in view of recent events.

"If we allow the government to set this up, then we, as a people of this nation, would be declaring defeat. This is a defeat for our democracy," he said.

Khairul added that MCMC's latest decision was a reflection on DAP, which he once considered as the "most progressive minded party".

"Gobind was the only remaining DAP minister doing well. It's too bad. Their true colours are now showing. This is a step backwards in our democracy, the definition of 'sensitive' is ambiguous," he said.

Khairul also accused MCMC of releasing information about the hotline last night in hope that the public would not criticise the move and that the media would forget about it by Monday.

"What a huge turnaround from the DAP Malaysia knew in GE14. They u-turned even on Lynas," he said.