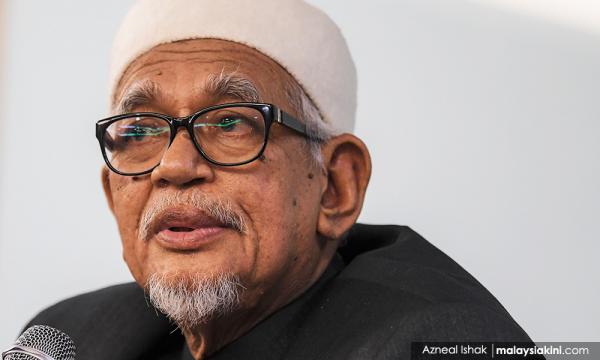 "They should know and realise that it is the obligation of Muslims to defend their religion and protect its preachers.

"Don't beat the light when it’s red, because the rights of the Muslim brotherhood surpasses citizenship, and transcends national borders and race.

"This is fact, not incitement," he said in a statement today.

Hadi said this in defending Zakir against detractors calling for him to be deported.

This is after the Malaysian permanent resident came under fire for saying that Hindu Malaysians supported the Indian government more than Prime Minister Dr Mahathir Mohamad in regard to his charges in India.

He had also made some pointed remarks about Chinese Malaysians, calling them "guests".

Zakir claimed his remarks on both matters were misquoted.

In his statement, Hadi cited a Quranic verse in which Allah told Muhammad that none of his companions had any form of insanity, and that the Prophet was only giving warnings and encouragement to seek truth.

"Likewise, if Zakir is crazy, send him to a hospital. But if he is not crazy, then those who speak out (against Zakir) should be given attention because their mistakes must not be ignored," the PAS president said.

Mahathir has thus far refused to deport Zakir despite extradition requests, expressing concern about whether the Indian preacher will receive a fair trial in his home country.

However, the premier said that Malaysia would welcome it if other countries would like to take in Zakir.

It was reported in May 2017 that Saudi Arabia granted citizenship to the preacher.

Cabinet members had raised the issue of Zakir’s continued presence in Malaysia with Mahathir, calling for his permanent residency to be revoked.