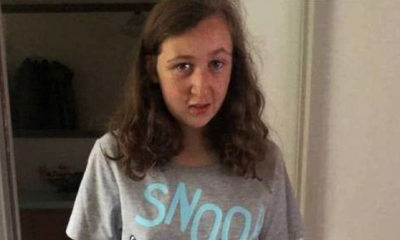 Family confirms body found is that of Nora Anne

The body of a fair-skinned woman found today has been confirmed to be that of Franco-Irish teenager Nora Anne Quoirin, who was reported missing on Aug 4.

The body was identified by her family at the Hospital Tuanku Ja'afar (HTJ) in Seremban, said Negeri Sembilan police chief Mohamad Mat Yusop.

He said a post-mortem would be done at the hospital at 10am tomorrow.

“The post-mortem on Nora Anne will be conducted by a senior pathologist from Kuala Lumpur,“ he told a press conference at HTJ tonight.

“We are awaiting the post-mortem report,” he said.

Nora Anne’s family arrived at HTJ’s Forensics Department at 8.40pm and hurried in to avoid the media’s glare.

Earlier, Deputy IGP Mazlan Mansor told a press conference in Kuala Lumpur that the body was found by a team of volunteer hikers who had joined the search and rescue operation at 1.57pm, near a small stream in a valley located some 2km from the resort where the teenager and her family were staying when she went missing.

The body was brought out from the location in a helicopter and flown to the hospital.

Mazlan said the body was found naked and was reluctant to comment whether there were any injuries on the body, insisting that there is a need to wait for the post-mortem report.

Asked by reporters if the area where the body was found had been covered before this, Mazlan said it had been part of the search area.

Asked on possibility of the case being classified as murder, Mazlan said it was still being investigated as a “missing persons” case.

Mazlan said developments on the case would be announced by Mohamad Mat Yusop.

Earlier, Mazlan had gone to the location where the body was found together with Nora Anne’s family.

Nora Anne’s family found her missing from her room at The Dusun resort at 8 am on Aug 4. The family had checked in a day earlier for a two-week holiday in the country.

The body was discovered on the 10th day of the search, which began when the 15-year-old was found missing from the chalet she shared with her parents Meabh and Sebastien.

The family was on a two-week holiday in Malaysia and had checked in at The Dusun Rainforest Resort near Seremban on Aug 3.

Nora, who has learning and development disabilities and is the eldest of three siblings, was discovered missing from the room she was sleeping in the next morning, and a window open.