Ex-minister worried, says Malaysia in a difficult and dangerous phase

Former Home Minister Syed Hamid Albar (above) has expressed concern at the trajectory of the country amid intolerance in the country.

"Malaysia is going through a difficult and dangerous phase. More polarised and intolerant of others.

"I'm worried the way we are using language that is based on ethnic, religious and cultural nationalism.

"Everything we have built will be destroyed if we are not careful," he said in a Twitter post.

Among them is the government's plan to introduce khat lessons to Year 4 pupils, which Dong Zong has labelled as "Islamisation," while Prime Minister Dr Mahathir Mohamad has fired back by calling the Chinese education group "racist".

Bersatu Youth exco Muzzammil Ismail has also called on Malays to unite to defend the policy, and launched a petition calling for Dong Zong to be outlawed.

"Don't look at the shortcomings of other races. Look at ourselves and our race.

"Don't insult other people or races. Islam is based upon diversity," he said. 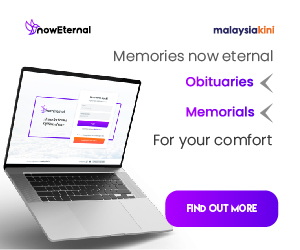