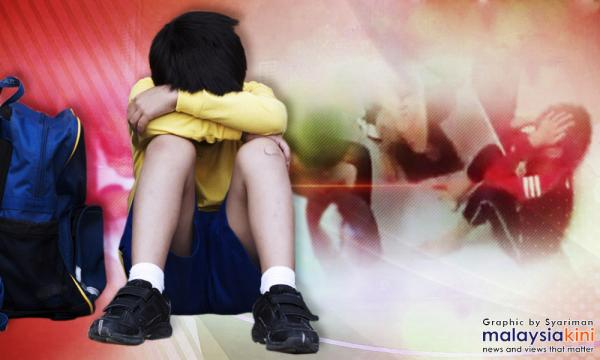 LETTER | What transpired recently at the Selangor state assembly is political manoeuvring by individuals within Majlis Agama Islam Selangor (Mais) that are pro-Umno and PAS.

The shame is that Pakatan Harapan Muslims representatives were to blind to see the trap and fell directly into it. Though the issue is an administrative matter, it is being made into a religious matter. Going by the number of WhatsApp messages going around, we can see the method of how PAS is making it into a religious issue.

From the Quran, Chapter Al-Baqarah, Verse 256, "There is no compulsion in (acceptance of a) religion (Islam); the right way has become distinct from the wrong way. Whoever renounces evil and believes in God has grasped the most trustworthy handle; which does not break. God is Hearing and Knowing," it is clear what Islam teaches us. I do not wish to dwell further on the basis of Quran or Hadith but am rather raising this issue on the basis of parenting.

A child is a product of conception between a man and a woman. I would like to believe people bear children because of their love for each other and for the love of children. In the course of the child's life, both parents make joint decisions on important matters related to the child. This includes education, participation in activities, selecting friends, socialising, career direction and many more.

The point here is that the most critical matters that affect the child involve the consensus of both parents. Why then, when it comes to the issue of the religion of a child, it is treated differently?

Unfortunately, what we see is a selfish act of one parent that converts to Islam and gives Islam a bad name. One good example is the case of Indira Gandhi and her husband, Ridhuan Abdullah, which became a national issue.

It is upsetting that the action of Ridhuan is damaging the good name of Islam. We know that Ridhuan's conversion to Islam is due to the fallout in religion between him and his ex-wife and financial motivation that led to the children becoming the victims. Ridhuan's conversion and kidnapping of the children were apparently done out of spite for his ex-wife. He took the child away because he wanted to hurt his wife.

True Muslims would not deny children from enjoying the love of both parents. A minor doesn't have the mental maturity to decide on important matters. It needs guidance from both parents. When one parent converts to any religion, the child should be exposed to both religions of the parents till he or she reaches maturity and can decide on which religion he/she wants to profess to the rest of his or her life.

Both parents have equal responsibilities in giving guidance to the child. This should be the way forward. If the child ends up professing one religion because the other parent failed to provide adequate exposure and guidance, then it is the folly of the parent.

Let us ask ourselves honestly - how many of us are 100 percent confident that when a parent abducts a child or does a unilateral conversion, it is done in the name of Islam and not because the person is being vengeful or trying to hurt the spouse? What is said verbally cannot be accepted et verbatim as no one knows what is going on the heart and brain of the convertee.

Therefore, I urge all Muslims and the authorities to protect the good name of Islam and don't let it be misused by unscrupulous people for their own bad agenda. We need to show that Islam is a fair religion and not show that might is right. We should teach minors critical decision-making skills to ensure they can face challenges in life, be they about religion or anything else.

As for Selangor menteri besar Amirudin Shari using the sultan's name by saying that the ruler has given his blessing, this shows Amirudin's weakness and shortsightedness. He needs to step down. As a state leader, one must be able to differentiate between a religious and administrative issue. He is a let-down for the level-headed Muslims.