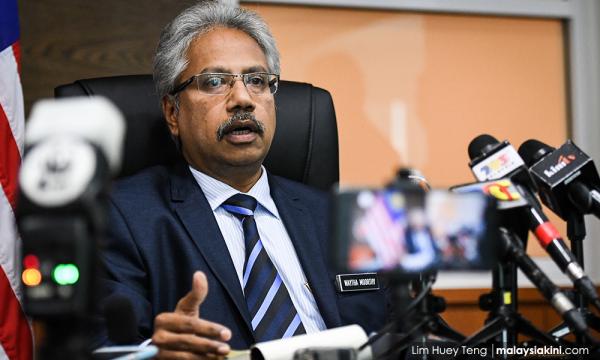 The proposed multimillion-ringgit allocation for the construction of a Hindu temple in Putrajaya falls within the “scope and terms of reference” of the Malaysian Indian Transformation Unit (Mitra).

The temple is to be built on land provided by the then-government 14 years ago, following the demolition of over a dozen estate temples when Putrajaya was being developed.

However, the minister stressed that he was at present still “considering” the temple management’s request for funding.

“It is timely to note that historically, Putrajaya consisted of four major estates namely Prang Besar, Sedgeley Estate, Galloway Estate and Madingley Estate covering over 8,000 acres and (which is) home to over 400 Indian families working in the rubber estates.

“The development of Putrajaya saw the demolition of 12 temples belonging to these estate communities, with the previous government providing compensation in the form of land measuring 3,100 square metres in Precinct 20 for this Sri Lalithaambigai Aalayam Temple.

“[...] however with limited funds the temple committee has been unable to commence the construction and completion of the temple,” he explained in a statement today.

He added that the temple committee is being managed by senior government servants including officers from the MACC.

He added that discussions are also under way with other government agencies to monitor the project to ensure allocated funds and physical works are to be in accordance with procedures for government-funded projects.

The minister’s explanation came after questions were raised by Parti Negara yesterday surrounding the alleged RM5 million allocation for the temple’s construction.

Parti Negara vice-president S Gobi Krishnan said such funding should not come from Mitra as it had nothing to do with empowering the economy of the Indian community.

He also asked why other temples had not been accorded such funding.

However, Waythamoorthy said Mitra funds are distributed based on four main pillars - education and training; economy and career; social and well-being; and identity and inclusiveness.

“Noting the historical significance of this temple, this proposed funding falls well within the scope and terms of reference of Mitra.”

It was also in accordance with the “inclusive aspiration” of the Pakatan Harapan government to support the building of the temple, he added.

He further assured that temple design would be “the only one of its kind in Southeast Asia”.

“It is historical and symbolic in nature as it represents the 12 temples that were previously demolished…besides serving as the sole temple for the Indian community residing within Putrajaya and Cyberjaya,” his statement read.

Gobi had claimed that the government intended to allocate an additional RM5 million for the temple’s construction next year, and that details of the temple funding had not been revealed on Mitra’s website.

The minister addressed the latter claim, saying that details had not been released because the funding application was still being reviewed.

He added that the temple committee had been asked to furnish Mitra with more details.