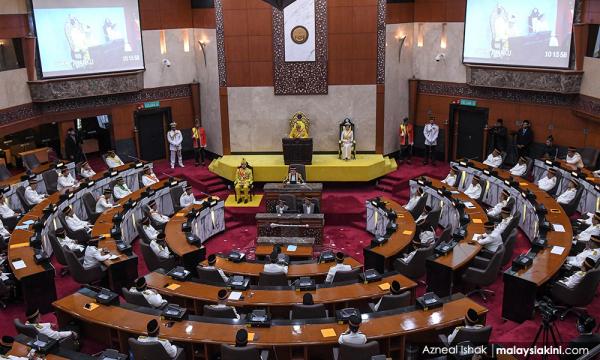 It is totally against the spirit of Malaysia as a multiracial country, and an insult to the Federal Court’s recent unanimous decision in the case of M Indira Gandhi.

Malaysia has seen repeated cases of unilateral conversion since the 1990s as a form of blunt injustice done to non-Muslims spouses and kids.

We have seen people 'run away' from Malaysia to save their kids, what a shame that is.

The parallel Syariah Court system has never been friendly towards such cases as we have witnessed time and time again.

Hicoat has handled more than 700 cases on conversion matters nationwide via the Syariah Court system and about 30 percent of these cases are directly related to the unilateral conversion of minors by mothers, fathers, non-legal guardians or third parties for financial benefit.

The human toll in such cases is beyond comprehension and it is simply an inhumane act in the name of religion.

This is a classic case of unethical conversion that has been rampant in this country. It occurs through many means, like financial inducements, unethical and slow brainwashing of kids in colleges and schools, etc. This is how Malaysia practices its official religion?

What is the motivation or agenda behind supporting or mooting such legislation in a state with more than 40 percent non-Muslim electorate?

The state legislation will automatically be nullified as a direct result of the Jan 31, 2018 Federal Court judgment in Indira’s case.

If so, what is the motive behind it? Is it political or wagging the dog to divert public attention? That is for the political pundits to answer.

However, we congratulate the speaker Ng Suee Lim and other excos that are steadfast against such a stunt, which would have set a wrong precedent for the state.

We learn there are few other states contemplating such move. We are mobilising our team to learn the possibilities of connecting with palaces to preemptively block the idea in the spirit of Malaysia.

We will discuss further with Malaysian Hindu Sangam and the Malaysian Consultative Council of Buddhism, Christianity, Hinduism, Sikhism and Taoism for their advice.

Hicoat totally condemns this move and we will seek the audience of the Selangor sultan to discuss the matter and record our displeasure over the Mais move towards legalising unilateral conversion.

ARUN DORAISAMY is the chairperson of the Indira Gandhi’s Action Team and Hindu Conversion Action Team.