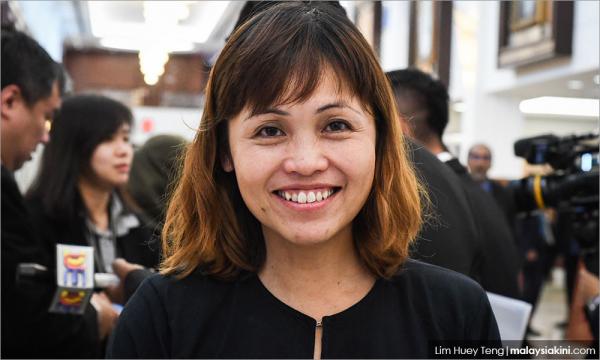 A discussion between 12 non-governmental organisations and Deputy Education Minister Teo Nie Ching (photo, above) today reached a consensus that only the art of khat calligraphy would be introduced in primary schools next year.

"It only comprises khat calligraphy and not the learning of Jawi (script). That, I think, clears the picture. We have a consensus on that. We don’t have any doubt on that,” she told reporters during a press conference after the hour-long discussion at her office in Putrajaya today.

Teo said the second thing agreed during today's discussion was that students would not be evaluated for khat via examination next year.

"This is the stance of the NGOs on this issue, and we (the Malaysian Education Ministry) agree with it," she added.

Teo had previously announced the use of Jawi script in textbooks in all schools in the country, including Chinese and Tamil national type schools. The decision also included the implementation of khat calligraphy in textbooks of Year Four pupils from next year.