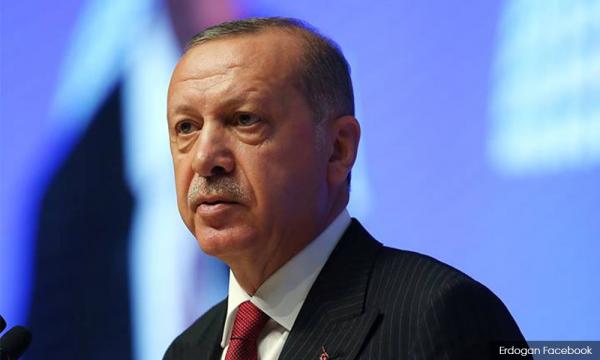 The Federal Court of Justice, the highest German court for civil and criminal law, yesterday rejected an appeal by comedian Jan Bohmermann and upheld the previous verdicts by a local court and a higher regional court in Hamburg.

Bohmermann sparked uproar in 2016 with his controversial poem, which was widely criticised for being racist and abusive, exceeding the limits of freedom of expression.

Erdogan's lawyers had filed a complaint against the comedian.

The Hamburg court ruled in 2017 that many passages in the poem breached the Turkish leader’s personal rights. It prohibited the German comedian from repeating certain sections of the poem, which included racial stereotypes, sexual references and insults.

While underlining the significance of artistic freedom and freedom of expression, the court concluded certain parts of Bohmermann's work exceeded the limits of permissible criticism.

"According to the Federal Constitutional Court, artistic freedom is unconditional but not unbounded,” the court said in its ruling.

“Satire is protected under artistic freedom, but it can also affect the core area of protection of personality, and for this reason, it can be prohibited,” it added.