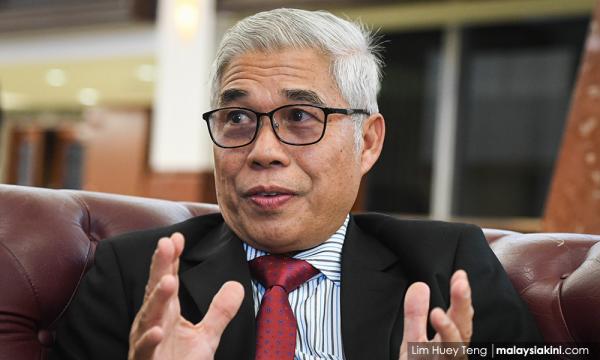 Pasir Gudang MP Hassan Karim (photo, above) has called on the prime minister, attorney general and IGP to show the world that the rule of law will be applied justly and swiftly in the case of the sex video which allegedly implicated Economic Affairs Minister Mohamed Azmin Ali.

“More than enough time has passed for the police to complete its Investigation Paper and submit it to the Public Prosecutor to initiate the prosecution. One does not need to be a lawyer or legal expert to see that the ball is now in the court of the IGP Abdul Hamid Bador and the Attorney-General Tommy Thomas," he said in a statement today.

Hassan, who recently resigned as Johor PKR chief, also urged Prime Minister Dr Mahathir Mohamad to "carry out his duties accordance with the principles of the rule of law and the Federal Constitution of Malaysia."

"Several arrests for investigative purposes under the Criminal Procedure Code have been made by the police," he said while citing the confession video made by former political aide Haziq Abdullah Abdul Aziz.

"A very important witness has confession without force and made a voluntary admission that he is one of the perpetrators,' he added.

"If the IGP and the Attorney-General fail to carry out their work on the matter of the sexually explicit video then they both have committed a serious offence under the law," he claimed.

"Prove to all Malaysians and the international community that you are indeed carrying out your duty in defending the Federal Constitution of Malaysia and daring to uphold the rule of law," said Hassan.