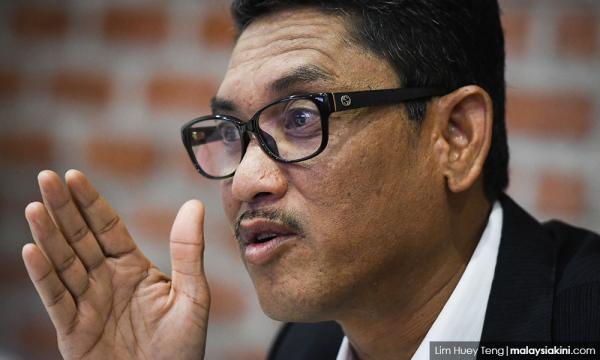 He stressed that according to the state constitution, no land was recognised as customary land for indigenous or other people.

"If there is a non-governmental organisation (NGO) that says that there is a need to fight for indigenous customary land then what if suddenly Mandailing Malays ask for the government to provide customary land for their people and the Javanese ask the same thing.

"This is alarming but for the time being the state government has maintained a view under the state constitution that no land is recognised as customary land either for indigenous peoples, Malays, Chinese, Indians, or any other race," he told reporters at a press conference after attending the "Jasamu Dikenang" event, Session 2 of 2019 in Ipoh today.

Faizal said there was no conflict between the Perak government and the Orang Asli communities in the state but there were only concerns in Hulu Perak when Orang Asli were preventing logging activities that had been approved at the Air Chepam Forest Reserve in Gerik recently.

"There are problems in some areas including the provision of burial grounds and other issues but the government's relationship with the people remains well.

"So I hope that those who want to champion some of the issues try not to involve the whole community with the government because this is very dangerous. Conflicts between these races are not healthy, we should not provoke any racial conflict," he said.

On a separate issue, Faizal said the state government was working to secure an exchange of personnel between Fukuoka, Japan and Ipoh to study programmes for senior citizens in the state.

He said 14.9 percent of the 2.5 million people in Perak were senior citizens, making it the highest state with the oldest population.

In this regard, the state government is trying to adopt the "Fukuoka 100" programme where senior citizens are able to continue to contribute to society.

"For starters, we want to adopt a programme that has started in Fukuoka, 'Fukuoka 100' where we want senior citizens in the state to continue to provide services and to work according to what they like.

"They can work out, take care of the gardens, work in the nursery to read with the children or work a few hours a week with friends and so on. This will enable the people to live more actively, "he said.

At the event, Faizal also presented certificates of appreciation and donations to 250 officials and staff from state departments and agencies who had retired between July to December 2018.