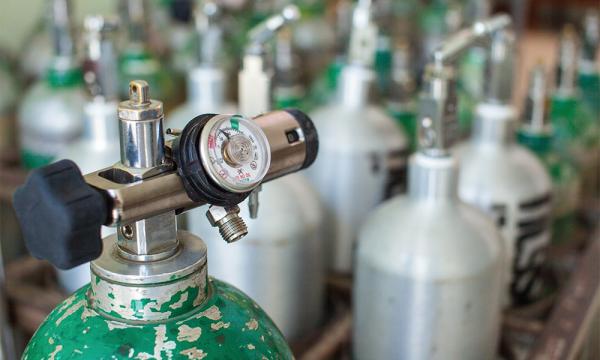 In a workplace accident yesterday, three workers of the Linsun Lorry Depot located along Jalan Seremban-Lukut, Port Dickson, suffered injuries when a nitrogen cylinder that was being repaired exploded.

Port Dickson police chief Aidi Sham Mohamed in a statement here today said the incident happened at 10.22pm and the injured were two male workers and a female worker, aged 40 to 46.

The female worker was identified as S Kalyani, 40, while the men were T Murugan, 44, and K Thiruselvam, 46.

“Initial investigations found one of the workers was repairing the cylinder using a hydraulic system when there was a sudden explosion. The other two workers were close by,” Aidi Sham said, adding that the victims were sent to the Port Dickson Hospital and Tuanku Jaafar Hospital (in Seremban).

Nitrogen is an inert gas but was in a highly pressurised state in a gas cylinder.