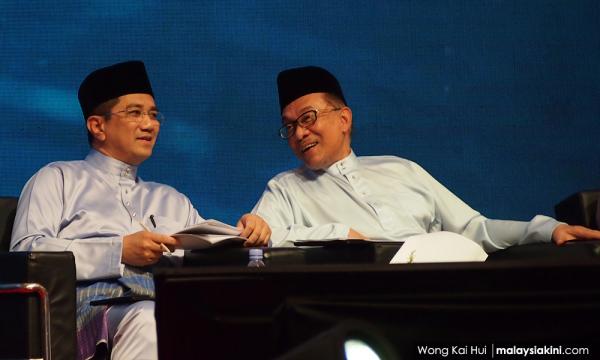 1. PKR president Anwar Ibrahim said he and his deputy Mohamed Azmin Ali are "a team" amid a feud, following a show of support by the PKR leadership for Anwar.

3. Syed Saddiq Abdul Rahman, who is a founding member of Bersatu and was appointed as its first Youth chief, is set to contest the position in the party's forthcoming leadership election.

5. Teoh Beng Hock's family said there has been enough talk about his death and is expecting concrete action from the government.

6. Former Bersih chairperson Ambiga Sreenevasan suggested that the government provide funding to the electoral reform group to facilitate its advocacy work on improving the electoral system.

8. A mosque in Malacca saw a standoff between police and the Malacca chapter of Gerakan Pembela Ummah, which had tried to stop a sermon by preacher Wan Ji Wan Hussin.

9. The Save Malaysia Stop Lynas coalition wants a meeting with Prime Minister Dr Mahathir Mohamad before the government decides to renew the licence for the Lynas rare earth processing plant in Kuantan.