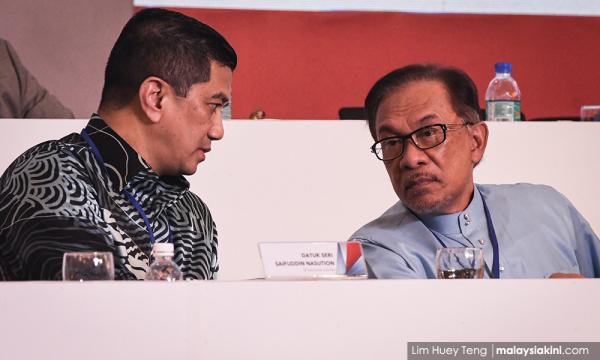 Azmin and I are still a team, says Anwar

PKR president Anwar Ibrahim has said that he and his deputy president Azmin Ali are still "a team", after tensions rose between the two over the series of sex videos purportedly implicating the latter.

"Azmin is the deputy president. We have to work together as a team, have regular meetings and discussions.

"It is a team. He had the mandate in the last party elections (as the deputy president)," Anwar said in a press conference at the PKR retreat in Port Dickson today...