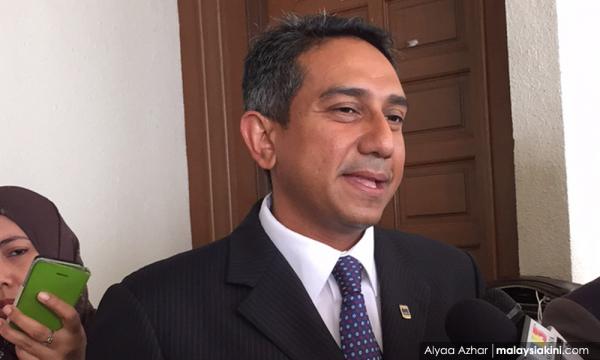 The Attorney-General’s Chambers has rejected representation by Umno legal adviser Mohd Hafarizam Harun for a review of money laundering charges, involving RM15 million, framed against him, the Sessions Court in Kuala Lumpur was told today.

DPP Ashrof Adrin Kamarul informed the court this when the matter came up for mention before judge Azman Ahmad.

It was rejected by the AGC last July 11, he said and also told the court that an application to transfer the case to the High Court would be filed later by either the prosecution or the defence.

“I am also made to understand on the possibility of additional documents to be checked by the investigator in accordance with Section 51A of the Criminal Procedure Code, if there is, we will submit the documents the soonest possible,” he said and requested for a new mention date.

Lawyer Hasnal Rezua Merican, representing Hafarizam, did not object to it and the court set Aug 26 for mention.

On the first count, he was alleged to have deposited two cheques for a total of RM11.5 million from Najib into the bank account of his legal firm, Messrs Hafarizam Wan & Aisha Mubarak, on April 16 and Nov 4, 2014.

Hafarizam was also charged with committing a similar offence, by depositing a cheque for RM3.5 million from Najib into the same account on Feb 12, 2015.

Both the offences were allegedly committed at the CIMB branch in Putra World Trade Centre here.