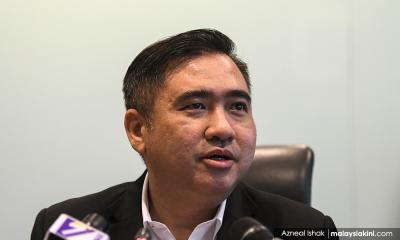 "We will monitor and ensure our regulations are followed, including the maximum 20 percent commission rate. There cannot be other commissions.

"I know some e-hailing companies play tricks and use different names other than commission. They are playing with words.

"What's the difference between a 'fee' and a commission? The driver still has to pay. Don't play with words. I speak English as well," he said during a press conference in Putrajaya.

Loke said the maximum commission that can be levied on taxi drivers is 10 percent.

Earlier, the minister announced that strict enforcement on the new requirement for all drivers to have a public service vehicle (PSV) licence has been deferred for three months.

This was to allow more time for drivers to obtain the licence, given that only a small number has done so, which caused disruption to e-hailing services today.

On allegations that some e-hailing firms took advantage of the lack of drivers today, Loke said supply should resume soon since enforcement has been deferred.

"We know some companies are playing tricks. They want to force our hand and make a U-turn. We know the strategy of certain companies.

"The cabinet made the decision (this morning) to grant an extension. There is no reason for the companies to raise prices," he said.

Currently, e-hailing companies closely follow rates set by the government for taxis, albeit without the midnight surcharge.