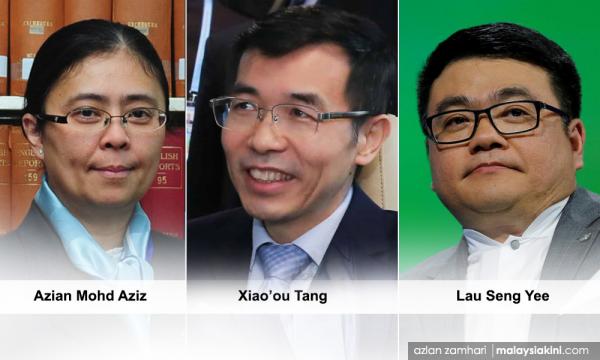 Khazanah Nasional Bhd has appointed three new members to its board of directors effective June 26, including a Hong Kong founder of an artificial intelligence company and a senior Tencent executive of Malaysian descent.

"Khazanah welcomed the new members at its board meeting today, and looks forward to continue working closely with the board led by our chairperson, Dr Mahathir Mohamad, in delivering on our mandate as the sovereign wealth fund of Malaysia," it said.

In its statement, Khazanah said Tang was considered "one of the most influential AI scientists."

He is a professor at the Department of Information Engineering at the Chinese University of Hong Kong, and also serves as the associate director of the Shenzhen Institute of Advanced Technology of the Chinese Academy of Science.

Tencent executive Lau is a graduate of Universiti Kebangsaan Malaysia and Rutgers University.

He has worked with Tencent, a Chinese multinational conglomerate specialising in various Internet-related services and products, since 2006.