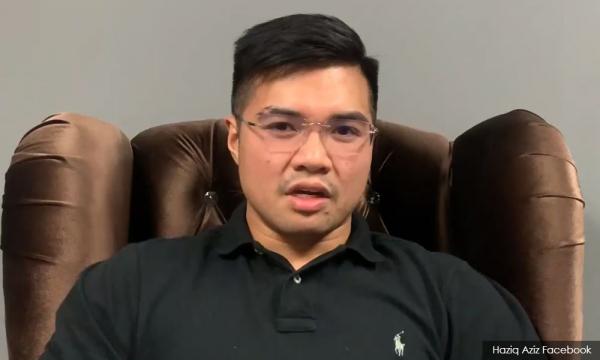 Sue me if you dare, Haziq taunts Azmin from Langkawi getaway

As The Star reported today, Haziq also challenged Azmin to lodge a police report against him over the recent series of leaked sex videos, which he claims involves them both.

"He should do it himself. Let’s have all the evidence and details in the open," he said while on holiday in Langkawi.

Azmin has denied having anything to do with the sex videos, calling it a malicious and slanderous attempt to derail his political career.

Haziq, the senior private secretary to Deputy Primary Industries Minister Shamsul Iskandar Md Akin when the video was leaked, has since been suspended from the post.

"I am not a liar. I want the matter to be brought open in the court so that Malaysians can see for themselves the evidence.

"Malaysians would then be able to see who’s telling the truth," he was quoted as saying.

Haziq also repeated his earlier claim that he was a victim in the scandal, and claimed to have upset attempts to silence him.

He also denied being planted by Umno and BN.

Haziq called for the police to conclude their investigations as quickly as possible as he had no wish to "remain in hiding forever".