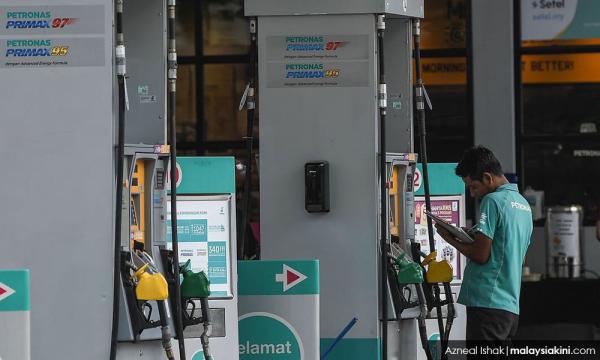 Targeted fuel subsidies will roll out in July, details still being finalised

Although the government intends to implement targeted fuel subsidies next month, Prime Minister Dr Mahathir Mohamad was today unable to provide details about the programme.

"We have only come to the stage of getting the data, no real decision has been made," he said when asked during a press conference in Putrajaya.

Mahathir, however, confirmed that the programme will roll out "by July."

The prime minister was flanked by Domestic Trade and Consumer Affairs Minister Saifuddin Nasution Ismail, who also confirmed that the government intends to proceed with the move.

On April 10, Saifuddin told Parliament that Putrajaya was deciding between two methods of implementing the fuel subsidies programme – either by crediting an amount into recipients' bank accounts or by introducing a petrol card.

The government is also building a special database for the subsidies, different from the one utilised for the Cost of Living Aid (BSH) programme, he said at the time.

In Budget 2019, RM2 billion was to be allocated for the government to implement the targeted fuel subsidies in the second half of the year.

The planned subsidies are intended to replace the controlled petrol price currently in place, which is a blanket subsidy.

Owners of cars under 1,500cc and motorcycles under 125cc are entitled to the 30 sen subsidy.