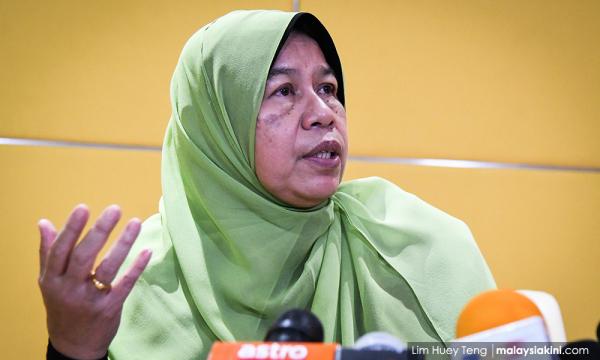 A new deputy public prosecutor will be appointed to represent the Housing and Local Government Ministry and the Fire and Rescue Services Department in the ongoing inquest into the death of firefighter Muhammad Adib Mohd Kassim.

Housing and Local Government Minister Zuraida Kamaruddin said this decision was reached after a meeting with Attorney-General Tommy Thomas today.

"The AG has rightly taken the position that the new DPP assigned will adopt all evidence and submissions adduced and raised in the coroner's court by our previous lawyer, Syazlin Mansor.

"This will include the evidence of professor Shahrom Abdul Wahid," Zuraida said in a statement.

Shahrom had told the court that Adib sustained his injuries after he was pulled out of an Emergency Medical Rescue Services (EMRS) vehicle and assaulted on the night of the Seafield temple riot on Nov 27 last year.

His testimony contradicted that of two other experts, who told the court that Adib fell from the vehicle and that his injuries were due to being hit by a department vehicle which had reversed in an attempt to escape an advancing mob.

Syazlin had quit the Adib inquest on Monday citing a "new turn of events."

Thomas explained that she was in a conflict of interest position, as she had agreed to act for the ministry and department besides also acting for Adib's family.

He said she could continue representing the family, but Syazlin declined this arrangement.

Zuraida said the DPP replacing Syazlin will act independently of the conducting officer of the inquest.

"We hope this will end any baseless speculation by irresponsible quarters and allow the inquest to continue smoothly and without disruption."

She also thanked Syazlin for her services, which were rendered pro bono.