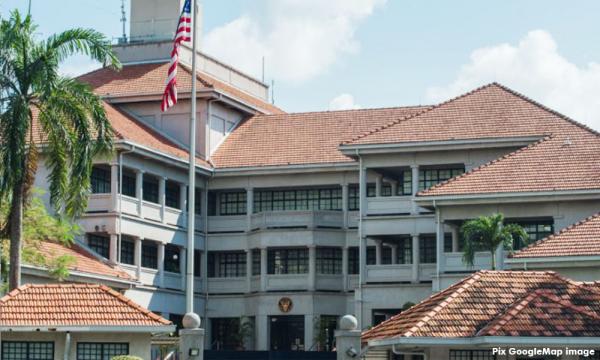 After 11 years, a man who claimed to have been unlawfully dismissed from his job at the US embassy will finally have his case heard before the Industrial Court tomorrow.

PSM, who had been helping Subramaniam Letchimanan push for his case since 2008, said the former security guard at the US embassy had tried to pursue this matter throughout the years via relevant government departments, the ministry and legal avenues to no avail.

However, after they wrote to Human Resources Minister M Kula Segaran on July 12, 2018, PSM said a reconciliation meeting was called in September last year and finally in April this year, Subramaniam received a letter informing him his case will be heard before the court on May 24, 2019.

"After working 20 years and being sacked within 24 hours, and then finally waiting 11 years for the case, may justice finally be delivered," said PSM central committee member S Arutchelvan in a statement today.

Subramaniam had been working as a security guard at the US embassy for over 20 years when he received a phone call from his supervisor on April 4, 2008 informing him that he had been terminated with immediate effect.

"In normal circumstances, the IRD will call for reconciliation meeting within three weeks but here it did not happen because he was fighting the US embassy - the world's superpower," Arutchelvan said.

Aside from the IRD, they also tried to pursue this matter through the Foreign Ministry, the Human Resources Ministry as well as the US embassy themselves in the past 11 years, he said.

"After 11 years, the case has finally been referred by the minister.

"The case will be heard for mention tomorrow at 8.30am, May 24, 2019 at the Jalan Tun Razak Industrial Court at the Socso building," Arutchelvan said.