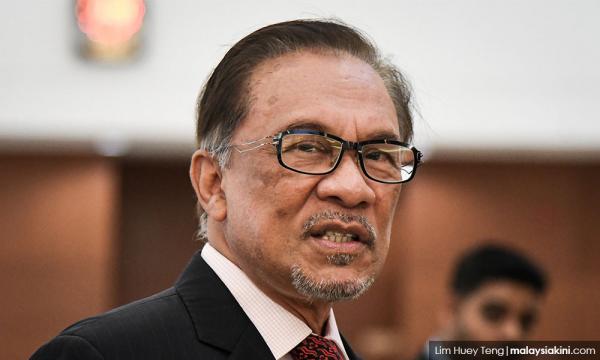 Anwar hits back at Clooney on LGBT, and 7 things that happened yesterday

1. PKR president Anwar Ibrahim, in response to Hollywood actor George Clooney statement that Malaysia and Indonesia were, like Brunei, considering the death penalty for homosexuality, stressed the importance of Malaysia not caving to international pressure on the LGBT issue.

2. Anwar also said that he is ironing out the details on the transition of power from Prime Minister Dr Mahathir Mohamad, but stopped short of saying when he would be taking over the reins.

4. Ihsan Perdana managing director Dr Shamsul Anwar Sulaiman, a medical doctor by profession, told the High Court in Kuala Lumpur that he became involved with the company due to his background in charity work.

5. The Islamic Economic Development Foundation (Yapeim) acknowledged the possibility of wrongdoing and negligence by its previous management, which was discovered via an internal probe and an external PricewaterhouseCoopers Malaysia audit.

6. The family of slain Mongolian national Altantuya Shaariibuu will file an additional affidavit to obtain the investigation papers which the police submitted to the Attorney-General's Chambers last year.

7. Wisma Putra expressed disappointment at Malaysia still being listed as a signatory of the Rome Statute of the International Criminal Court on the United Nations website and said it would seek further explanation on the matter.

8. Bersih proposed that ministers and public officials who are party leaders take annual leave if they want to participate in election campaigns during working hours.