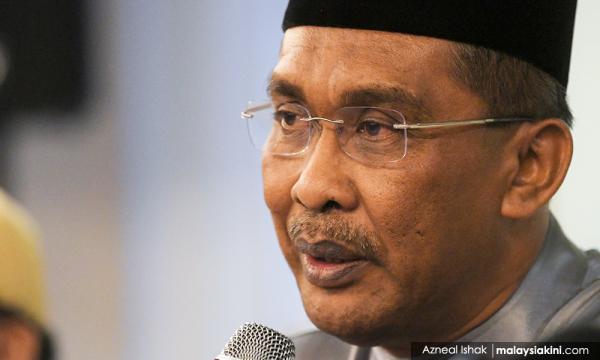 All PAS members have been gagged from discussing party matters openly.

In a statement today, party secretary-general Takiyuddin Hassan said all opinions, suggestions and criticisms about the party should be made internally.

"This reflects party discipline which guarantees freedom of expression, while ensuring organisational secrecy," he said.

Takiyuddin stressed that anyone violating the gag order will have to face the party's disciplinary committee.

"PAS also reminds members that it is a violation of party rules to do things that are not in the party's interests.

"It is also a violation if a party member does not conform to party instructions," he said.

It is believed that the gag order is in response to prominent PAS member Zaharudin Muhammad (photo) alleging that some party leaders are funded by Umno.

Initially, Hadi had wanted to sue Rewcastle-Brown for insinuating that Umno was PAS' benefactor. Rewcastle-Brown was compensated for legal costs after the suit was dropped.

Following this, PAS supreme council member Nik Abduh Nik Aziz said he lied, with consent from Hadi, about his involvement in an audio clip where he admitted that PAS received a lot of money from Umno.

The latest controversy surrounded claims by Zaharudin, who is Hadi's son-in-law, that five PAS personalities were key individuals who received funds from Umno.

Zaharudin, who called the group a "dedak cartel," said he had exposed the group with consent from Hadi. Hadi later denied giving such consent.

Meanwhile, Zaharudin wrote on Facebook today that he was looking forward to facing the disciplinary committee.

"I have been waiting a long time for this opportunity," he wrote.

Another PAS member, Muhammad Atiullah Othman, said that the disciplinary committee has no grounds to take action against Zaharudin.

"No action will be taken, just as how no action has been taken against Nik Abduh.

"This is because there are no provisions in the PAS constitution for the committee to handle the 'dedak cartel'," he said.

Previously, Atiullah had claimed to have been present when the Nik Abduh audio clip was recorded.