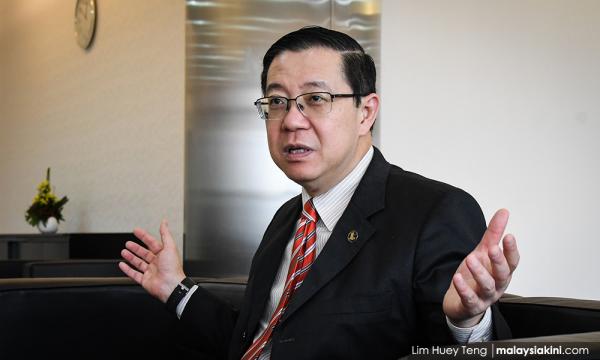 Even auditor general does not question CMI, Guan Eng testifies

He said even the auditor general did not question CMI, which is Penang's investment arm.

Lim was testifying in his defamation suit against acting Gerakan Youth chief Jason Loo pertaining to the sale of land in Peel Avenue to Island Hospital.

He said the CMI was set up to manage assets and properties belonging to the state government and all decisions were done by the Penang Executive Councillor (Exco).

"Since the inception of CMI in 2009, the auditor-general did not make any comment on CMI and there is no problem of it being the state investment arm," he said.

Lim said one of the reasons for the CMI to be formed was that the state government had limitation on land matters.

"CMI does not have its own account and all the operational expenses go to the state consolidated fund. We do not want to create a separate account then, to avoid any wrongdoing and to ensure full accountability procedure," he said.

Meanwhile, Lim who is finance minister, also claimed he was the target of personal attacks over the Peel Avenue land sale two years ago.

During the reexamination by his counsel N Mureli, Lim said Loo had attacked him both on his official and personal capacities with lies related to corruption.

"My name Lim Guan Eng and my position as Penang chief minister then was mentioned many times in the article and Loo had failed to show proof over his allegation," he said.

Lim sued Loo for his statements at a media conference on May 27, 2017 related to the sale of the land.

In February 2018, he filed three separate defamation suits, against Loo for maliciously making false statements and defamation; and The China Press and Guang Ming Ribao press for publishing the statements.

Lawyer Yiew Voon Lee is representing the two dailies while Loo opted to represent himself.

The hearing before Justice Rosilah Yop will resume on June 17.